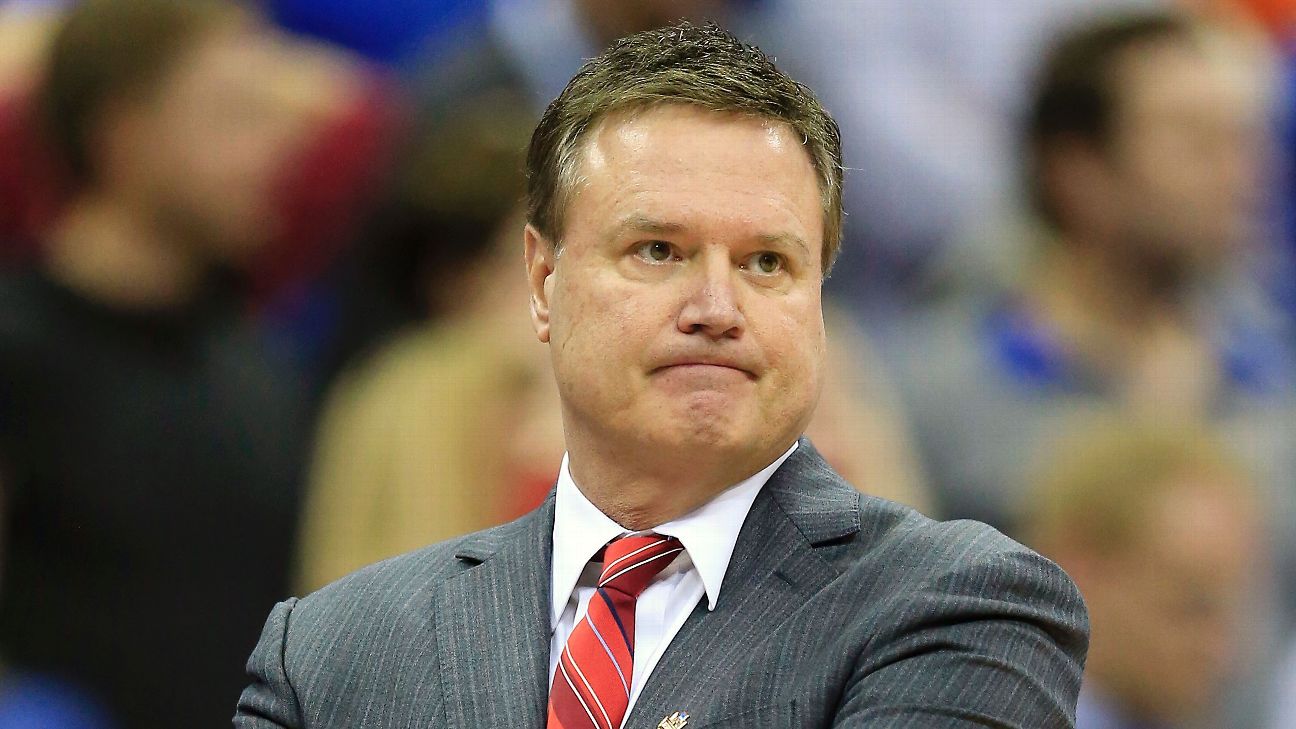 NEW YORK -- An attorney representing one of the three men accused of a pay-for-play scheme to influence high-profile recruits to sign with Adidas-sponsored schools alleged during closing arguments on Thursday that Kansascoach Bill Self was aware that an improper payment was made to at least one Jayhawks recruit.

Michael Schachter, an attorney for Adidas executive James Gatto, told the jury that Gatto approved a $20,000 payment to Fenny Falmagne, the guardian of current Kansas player Silvio De Sousa, only after Self and Kansas assistant Kurtis Townsend requested the payment through former Adidas consultant T.J. Gassnola.

"The evidence, I submit, shows that Kansas' head coach knew of and asked for a payment to be made to Silvio De Sousa's handler," Schachter told the jury. "More than that, Coach Self requested just the kind of help that Mr. Gassnola arranged as a condition for Coach Self to permit Adidas to continue their sponsorship agreement with the University of Kansas."

Gatto, former Adidas consultant Merl Code and Christian Dawkins, a former runner for NBA agent Andy Miller, are accused of funneling money from Adidas to the families of players recruited by Louisville, Miami and NC State. They face felony charges of wire fraud and conspiracy to commit wire fraud.

Gatto is the only defendant charged in a pay-for-play scheme involving Kansas recruits.

Each of the three men has pleaded not guilty.

U.S. District Court Judge Lewis A. Kaplan is scheduled to give jury instructions on Monday morning, and then jurors will begin their deliberations.

Gatto is accused of working with Gassnola to facilitate a $90,000 payment from Adidas to former Jayhawks player Billy Preston's mother and agreeing to pay $20,000 to Falmagne to help him "get out from under" a pay-for-play scheme to attend Maryland, which is sponsored by Under Armour.

In September 2017, Kansas announced a 12-year contract extension with Adidas worth $191 million. As of last spring, the deal had not been signed. There have been no updates since.

Attorneys representing the University of Kansas have attended nearly every day of the three-week trial.

Gassnola, a former AAU director from Springfield, Massachusetts, pleaded guilty in April to conspiracy to commit wire fraud for his role in the alleged pay-for-play schemes. He faces 20 years in prison. He testified as part of his cooperation agreement with the government.

During Monday's testimony, text messages between Gassnola, Self and Townsend presented by defense attorneys indicated the coaches were at least aware of Gassnola's involvement in the Jayhawks' recruitment of De Sousa, a native of Angola.

On Aug. 9, 2017, Townsend texted Gassnola and wrote, "Coach Self just talked to Fenny let me know how it goes."

A few hours later, Gassnola texted Self: "Hall of Fame. When you have 5 minutes and your [sic] alone call me."

Later that night, after Self hadn't responded, Gassnola texted him again: "I talked with Fenny."

"Coach Self and Coach Townsend asked for Adidas' help in making this payment to Fenny," Schachter said. "And then Coach Self wanted to know if Adidas told Fenny that the payment would be made, and then the ball is in his court."

According to cellphone records introduced into evidence, Gassnola and Self had a 5-minute, 6-second phone call later that night. Gassnola testified that he didn't recall what the men talked about. His phone was not being monitored via FBI wiretaps at the time.

On Aug. 26, 2017, Townsend forwarded Gassnola a text message that he said he'd received from Falmagne: "Coach has been on the phone with Angola. We are good to go. We will commit tomorrow."

De Sousa, who attended IMG Academy, committed to Kansas four days later. Self called Gatto the next day, but their conversation wasn't recorded by FBI wiretaps because of a technical issue, according to the government.

"It appears to Jim [Gatto] that this is something that colleges are aware of and encourage, even if only at times implicitly, although sometimes explicitly," Schachter said.

Assistant U.S. attorney Edward Diskant told the jury during the government's rebuttal that if a coach was indeed aware of the schemes, "he wasn't supposed to be."

"The defendants knew these universities could not and would not issue scholarships to these kids, and so they concealed it," Diskant said. "And that's where the bat phones come in, the cash deliveries, the fake documents, the various false statements and certifications the defendants caused to be made. Because the defendants knew what they were doing was wrong -- plain and simple."