DeMarcus Cousins won't be prosecuted for incident in nightclub 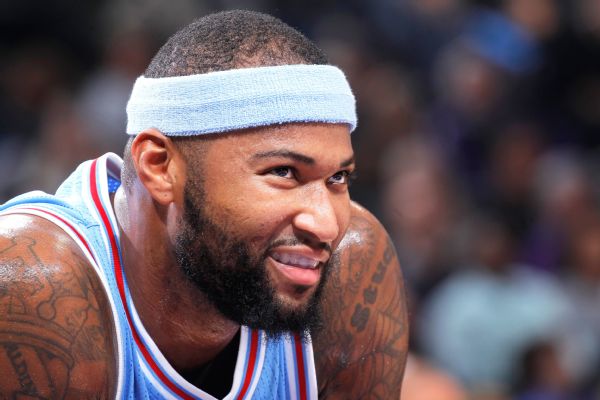 All-Star center DeMarcus Cousins of the Sacramento Kings will not be arrested or prosecuted in the wake of a December nightclub incident in New York, according to league sources.

Sources told ESPN.com that Cousins has been "cleared of all wrongdoing' by authorities after a Dec. 5 altercation at a Manhattan club that resulted in teammate Matt Barnes facing misdemeanor assault charges.

The players' lawyer, Alex Spiro, confirmed to ESPN on Monday that Cousins has been cleared but declined further comment.

The Sacramento Bee reported last week that Barnes is expected to turn himself in to the New York Police Department to face his misdemeanor charges, but the newspaper said it was unclear whether that would happen during Sacramento's current eight-game road trip.

The Kings are playing in Philadelphia on Monday night.

The alleged assault took place at the Avenue nightclub after the Kings lost to the New York Knicks at Madison Square Garden on Dec. 4. Barnes was accused of choking a woman but has maintained his innocence.

Spiro said in a December statement that Barnes would cooperate with the NYPD's investigation.

Barnes and Cousins, who were together that night, have been named in a civil suit stemming from the incident filed in a New York District Court by plaintiffs Jasmine Besiso and Myrone Powell.

A representative for Barnes later told TMZ that Barnes was defending himself against a violent group.