Former NBA players coach game against each other 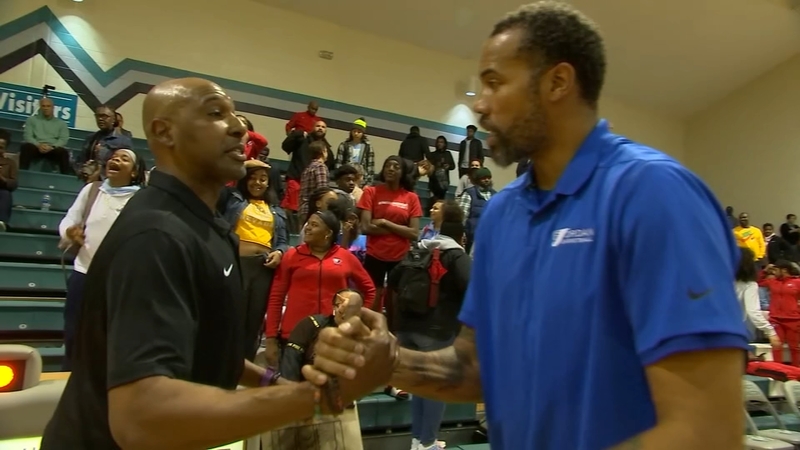 Former NBA players coach game against each other

Both men are now in their second phase of life, recast as high school basketball coaches. It's clearly not for the money. They've got plenty of that. Both men though feel called to be teachers and mentors to young men.

We covered their press conferences when they were hired and Friday night we had the only television cameras in the house as Brown's West Johnston Wildcats stared down Wallace's Jordan Falcons.

Former Tar Heels Phil Ford and Hubert Davis were also in the house, Ford to show support for Wallace and Davis as a parent. His son plays for Wallace.

They all saw a highly competitive game. Ultimately West Johnston got the win 61-59. So score the first one for Chucky in what may become a recurring rivalry.
Report a correction or typo
Related topics:
sportsdurhambensondurham countydetroit pistonsespnbasketballunc tar heelsunc basketball
Copyright © 2021 WTVD-TV. All Rights Reserved.
More Videos
From CNN Newsource affiliates
TOP STORIES