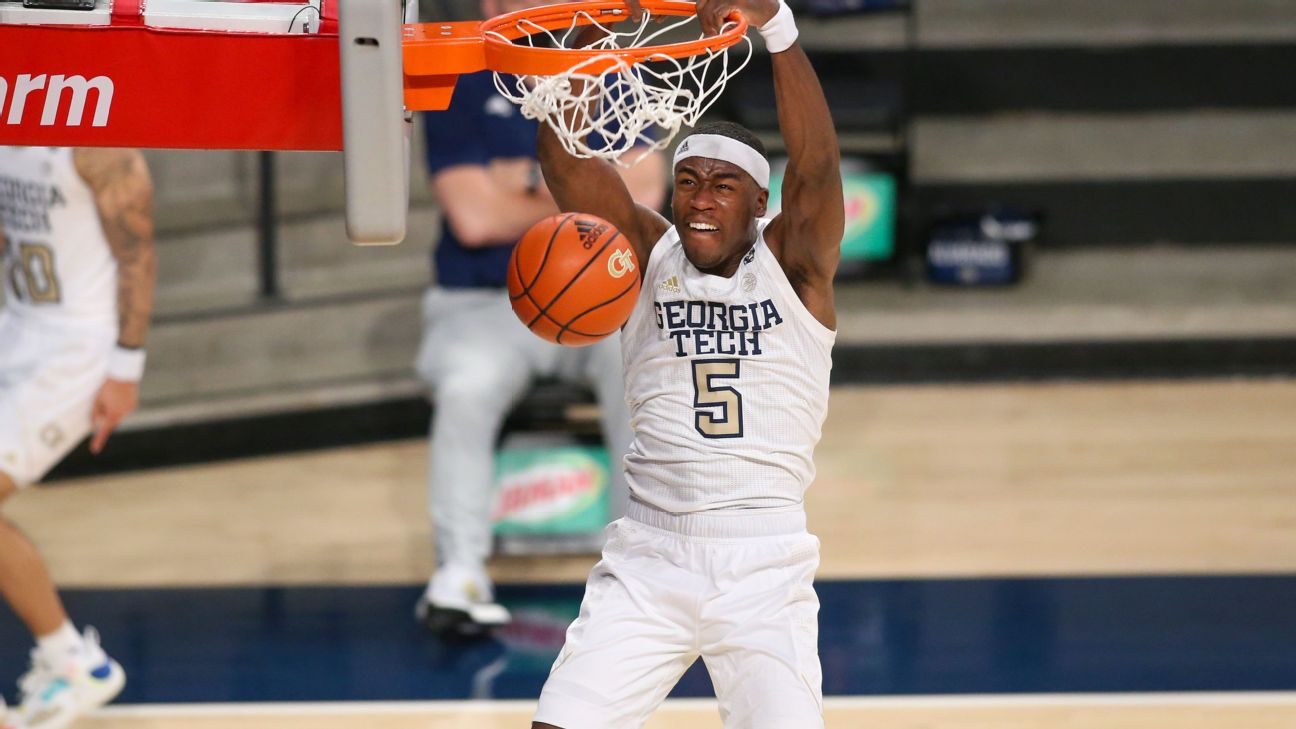 Young was named the ACC coach of the year and Jones, a graduate transfer, was named newcomer of the year in results announced Tuesday.


Wright, a 6-foot-9 forward, was the only unanimous first-team pick on the AP's All-ACC teams. He earned 10 votes for player of the year, well ahead of two votes each for Pittsburgh'sJustin Champagnie and Virginia'sSam Hauser in voting from 15 journalists covering the ACC regional footprint.

Wright, also named ACC player of the year by the league, is averaging 18.0 points and 8.1 rebounds. But he stood out by elevating those numbers to 23.5 points and 10.0 rebounds while shooting 65.6% during the six-game winning streak that clinched the Yellow Jackets' top-four league finish, which has them in position to make the NCAA tournament for the first time since 2010.

Young received seven votes to beat Florida State'sLeonard Hamilton (four) for coach of the year. Young led the No. 22 Hokies to a third-place finish after they were picked to finish 11th in the preseason.

Jones, a graduate transfer from Radford averaging 17.0 points, earned seven votes for newcomer of the year. That edged out Hauser, a Marquettetransfer with six votes.

On the AP All-ACC teams, regular-season champion and 16th-ranked Virginia joined Georgia Tech as the only schools with multiple picks. The Cavaliers had Hauser on the first team and Jay Huff on the second, and the Yellow Jackets had Jose Alvarado on the second team behind Wright.