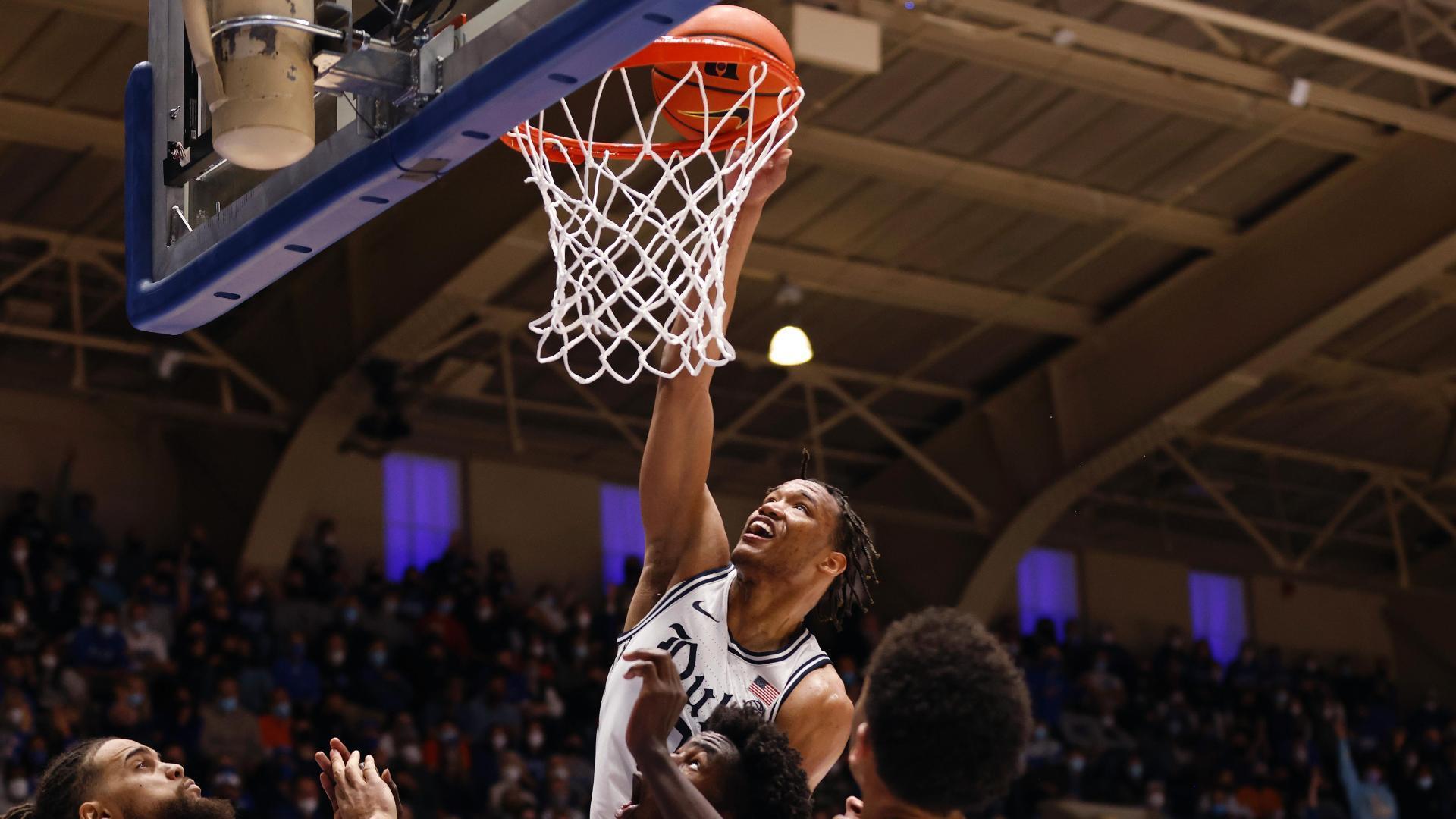 DURHAM, N.C. -- - AJ Griffin attempted 10 shots Saturday, nine of them from behind the arc. If Duke coach Mike Krzyzewski had his way, Griffin would've put up even more.

"AJ is our best shooter. I'd really like for him to be even more aggressive," Krzyzewski said. "He's a key guy, there's no question about it. Every guy on our team has complete confidence in him."


Griffin hit five 3-pointers - the most by a Duke player this season - and the sixth-ranked Blue Devils routed visiting Syracuse 79-59.

"We're more connected on the offensive end with balanced scoring," Krzyzewski said. "There were a couple of really good minutes of outstanding offense. It looked like the (Carolina) Hurricanes playing. There were a lot of hockey assists."

Griffin was one of four players for Duke (15-3, 5-2 Atlantic Coast Conference) with 15 points, joining Paolo Banchero, Wendell Moore Jr. and Mark Williams. Banchero had 13 rebounds for his fourth double-double of the season. Jeremy Roach added 11 points.

Griffin swished 3-pointers on his first two shots to spark Duke's 11-2 run out of the gate. Syracuse surged back with a 13-5 stretch but never took the lead from Duke.

Saturday marked the 16th meeting between Krzyzewski and Syracuse coach Jim Boeheim, who are 1-2 atop the career wins list among Division I men's basketball coaches. Krzyzewski leads the head-to-head series 11-5.

"We're really good friends, and that's separate from basketball. When we come here, we want to win," Boeheim said of facing Krzyzewski for the last time at Cameron Indoor Stadium. "There's so many good memories, on the court, but more than many off the court."

Duke: The Blue Devils bounced back from their loss to Florida State in an emphatic way, beating Syracuse in nearly every facet of the game. The Blue Devils were efficient in sharing the ball, too, totaling 25 assists on 30 made field goals for an 83% assist percentage, its best mark of the season.

"We have great players all over the floor," Banchero said. "Everyone trusts each other to make shots, so we're never hesitant to pass it for open looks."

Syracuse: The Orange have lost five of their last seven games and their hopes of earning Boeheim another NCAA tournament berth are dwindling. Syracuse made just five 3-pointers, tied for its lowest of the season.

Freshman guard Trevor Keels did not play for Duke as he recovers from a leg injury he suffered against Florida State. Krzyzewski said the injury shouldn't be "long-term."

In-place of Keels, sophomore Jeremy Roach started after three games of coming off the bench. He responded by dishing out a career-high nine assists, along with six points and three rebounds.

STAT OF THE NIGHT


Duke held Syracuse to 17.2% shooting from behind the arc. The Blue Devils have held seven straight opponents - and 13 on the season - to 30% or worse from 3-point range. Duke entered the game ranking 41st nationally and second in the ACC in 3-point defense, allowing opponents to shoot just 29.7% from deep this season.

Duke finishes the week 1-1. The Blue Devils weren't the only ranked team that lost this week though, as No. 8 Wisconsin and No. 4 Purdue were also among those who suffered defeats. Duke will likely be part of a reshuffling in the next poll.

Syracuse: The Orange stay on the road, playing at Pitt on Tuesday.