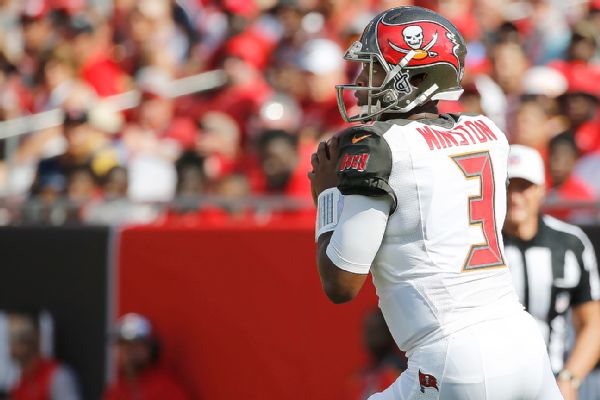 Tampa Bay Buccaneers quarterback Jameis Winston has settled a federal lawsuit filed by a woman who accused him of sexually assaulting her in 2012 while he played at Florida State, according to the woman's attorney.

Former Florida State student Erica Kinsman accused Winston, the 2013 Heisman Trophy winner, of sexually assaulting her at his apartment in December 2012. He was never charged with a crime by police in Tallahassee, Florida, and the state attorney's office there declined to pursue a criminal case against him.

"The case has been resolved to the satisfaction of the parties," John Clune, the woman's attorney, told ESPN on Wednesday night.

The settlement was first reported by TMZ Sports.

Clune declined to discuss the specifics of the settlement. Winston, in his second season with the Buccaneers, will also dismiss his countersuit against Kinsman.

Kinsman's lawsuit was scheduled to go to trial in U.S. District Court in Orlando, Florida, on April 3.

Kinsman sued Winston in April 2015, accusing him of sexual battery, assault, false imprisonment and intentional infliction of emotional distress. According to the lawsuit, Winston's "conduct was extreme and outrageous and caused plaintiff to suffer severe mental anguish and suffering, including, more specifically, loss of sleep, flashbacks, severe anxiety, fear of repeat sexual violence, an unfounded sense of shame and depression, all of which will continue to require psychological and other counseling."

Winston filed a countersuit against Kinsman a month later, alleging that her accusations were "false, defamatory ... and have maliciously and impermissibly interfered with Mr. Winston's business and personal relationships." The suit claimed Kinsman's accusations subjected Winston to an "almost inconceivable amount of media attention" and led to the loss of significant endorsement deals.

At the time of Florida State's settlement, university president John Thrasher said the school had determined that avoiding a trial was a financially responsible decision, instead of paying millions of dollars in legal fees, "even though we are convinced we would have prevailed."

After leading Florida State to a national championship in 2013, Winston was the No. 1 pick in the 2015 NFL draft by the Buccaneers. He signed a four-year, $23.35 million contract with the team less than 24 hours after he was selected. According to reports, more than $16 million of the contract was guaranteed.