Kobe's season expected to be over 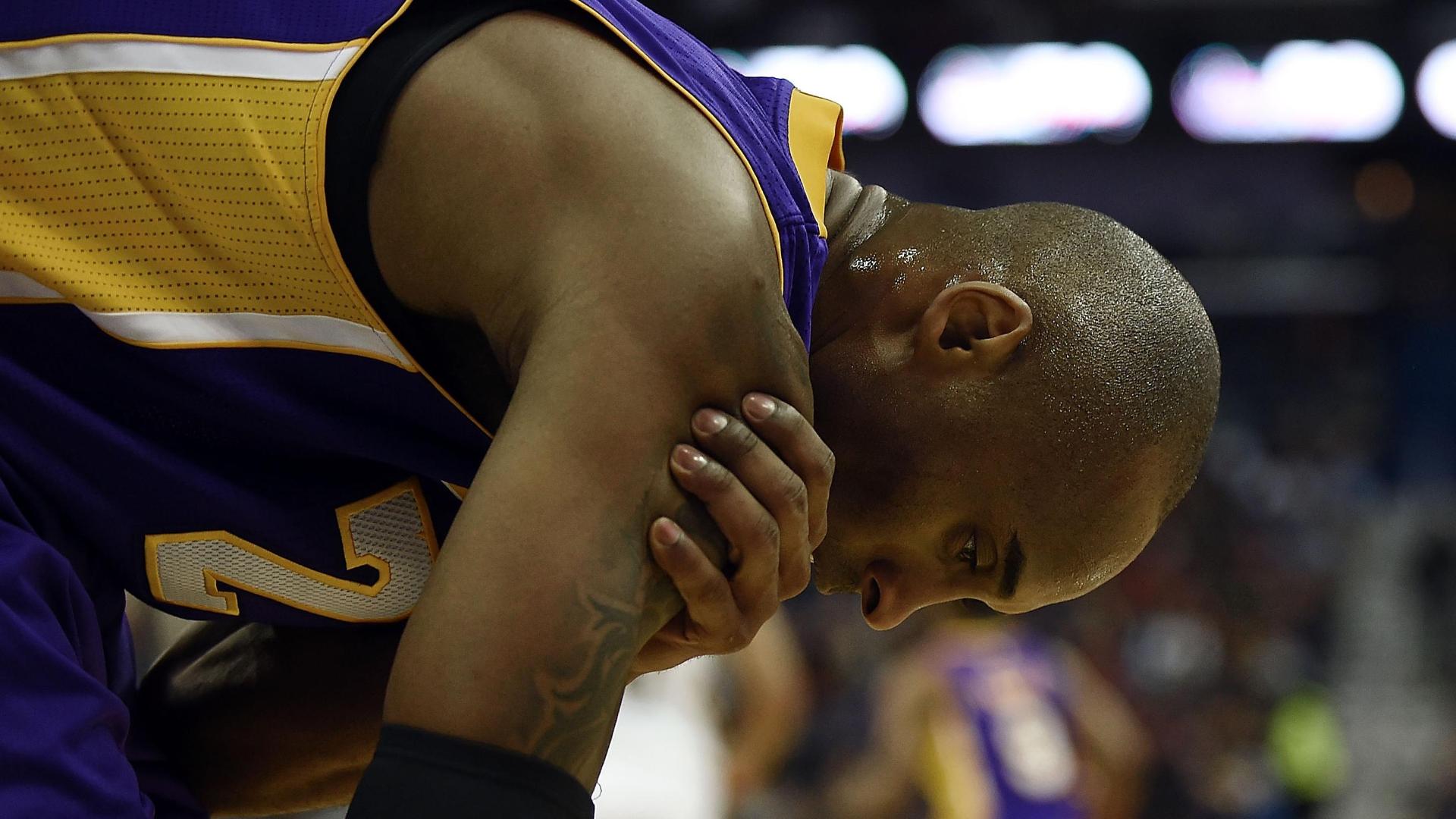 Bryant met with team doctor Steven Lombardo in Los Angeles on Friday, and Lombardo found a significant tear in the rotator cuff in his right shoulder. Bryant is expected to take the weekend to decide whether to undergo surgery and has an appointment with Dr. Neal ElAttrache, another Lakers doctor, on Monday.

Bryant suffered the tearduring the second half of Wednesday night's loss to New Orleans, though sources said he has been dealing with the injury since the preseason.

"Yeah, I'm worried," Scott said. "We all in the organization are worried about it."

Bryant, who has one year remaining on his contract with the Lakers for $25 million, apparently aggravated the injury with 4:14 left in the third quarter against the Pelicans when he drove baseline for a two-handed dunk.

"It felt fine when I went up, didn't feel too good when I came down," Bryant said after the game.

The 19-year veteran grabbed his shoulder as he ran back down the court and checked out of the game a few minutes later.

Bryant checked back in with five minutes left in the fourth quarter and immediately favored his shoulder. He tried to rebound and dribble with his left hand, but it became clear something was wrong when he shot and made a turnaround 14-foot jumper with just his left hand.

"Obviously after I saw that everything he did was with the left hand, I knew then, let's get him out of there," Scott said after the game.

Bryant tweeted Friday about the injury.

Scott said Friday that he believed Bryant, who played just six games last season after recovering from Achilles and knee injuries, could rehab another injury if need be.

"This is one of the toughest guys I've ever been around as far as dealing with injuries and things like that and being able to come back," Scott said. "Everybody said he was done after the Achilles and he came back pretty strong.

"Knowing him the way I know him, I know he doesn't want to go out this way. I think he'll rehab it if that's the case and then we'll have to wait and see."

Bryant, who was voted in as a Western Conference All-Star starter on Thursday night for a record 17th consecutive year, has played 35 games with the Lakers this season, averaging 22.3 points on a career-low 37.3 percent shooting.

He missed six of the team's last 18 games to rest, a byproduct of playing too many minutes earlier this season, Scott has said.

Bryant averaged a team-high 35.4 minutes during the Lakers' first 27 games, and Scott again questioned whether playing Bryant too many minutes earlier this season led to the shoulder injury.

"I don't know if the wear and tear of playing so many minutes early is a result of what's happening to him right now," Scott said. "To be honest with you, I thought about that, it made me almost sick, you know.

"But I even apologized to him in a text [Thursday]. I said, 'Man, I apologize if this ... You know, I feel like you-know-what.' Hopefully that wasn't it, but as a coach you're going to second-guess yourself at times as well and that's one of those things I was doing [Thursday]."

Scott said Bryant responded with "No, that's not it."

"He, I guess, tried to make me feel better, and he tried to add some more humor to it," Scott said. "... You can't help from a coach's perspective to feel that way a little bit."

Ramona Shelburne and Baxter Holmes of ESPN.com contributed to this report. 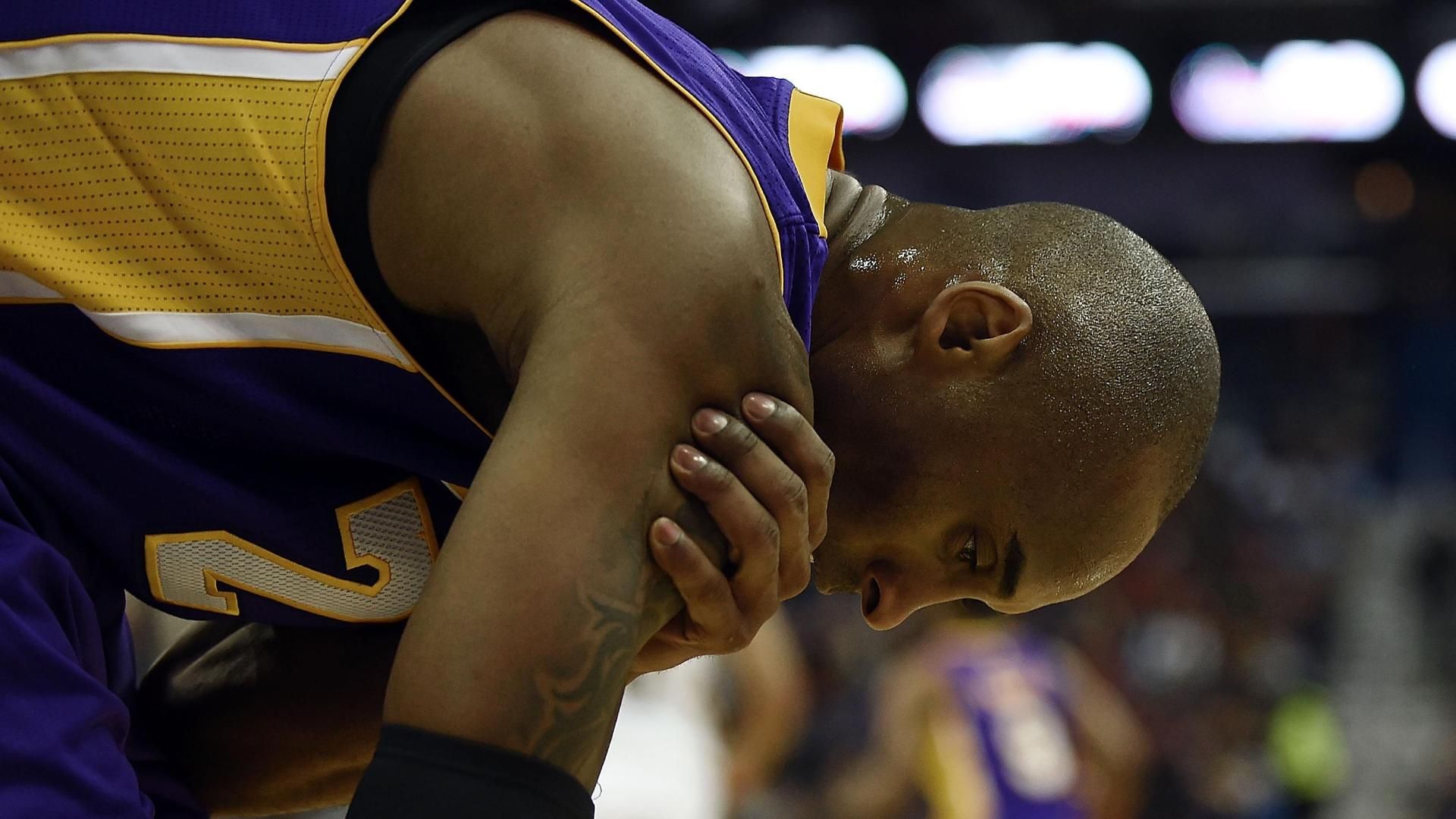 Kobe Expected To Miss Rest Of The Season
Brian Windhorst reacts to the news that Kobe Bryant is expected to miss the rest of the season and why it gives extra emphasis for the Lakers to lose.