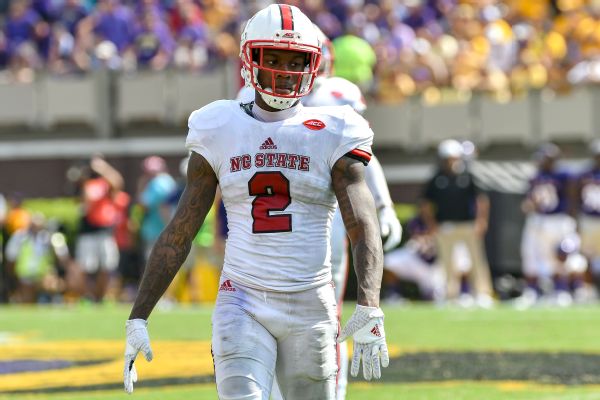 Coach Dave Doeren said Monday that Stevens was hurt while defending receiver Stephen Louis during a goal-line drill during preseason camp. Doeren said the original prognosis was Stevens could miss up to four weeks, but it's unclear when he'll return. The injury doesn't require surgery.

Doeren didn't specify the nature of the injury, comparing it to a bone bruise or a strain.