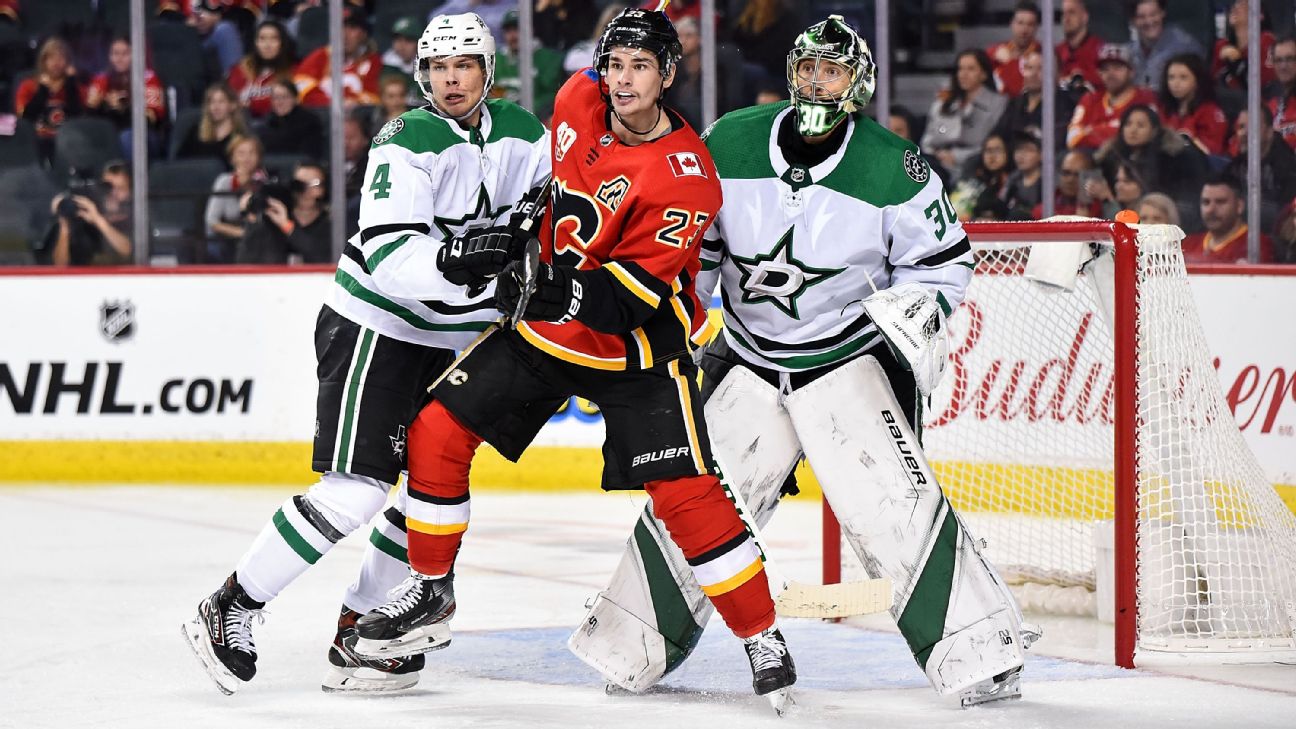 Playoffs? Yes, you can now actually say that these are the 2020 NHL playoffs.

The tournament is now officially in the first round, with only 16 teams left. Day 1 brings us a slate of four games, though none before 3 p.m. ET. We miss morning/noon hockey already.

Though there are plenty of new faces on both teams, there is one storyline that is going to dominate this series: in 2019, the record-breaking Lightning were swept in the first round by the Blue Jackets and their smothering defensive game plan. And now the Lightning are looking for revenge. The Blue Jackets are riding high after stifling the NHL's highest-paid offense in the qualification round (the Maple Leafs scored just three 5-on-5 goals against the Blue Jackets in five games). Doesn't sound like Steven Stamkos is ready to go yet, and we're also waiting to hear on Victor Hedman's status. It would be a loss for Tampa Bay, but not insurmountable; the Lightning looked dominant at times in the round-robin stage without both stars.


The Stars technically hadn't won a game since Feb. 25 -- an eight-game slide -- before winning their round-robin finale against the Blues. That's a good morale boost heading into the first round, but Dallas (as usual) needs more offense. The Stars scored only four goals in three round-robin games, which is what the Flames averaged per game in their qualification-round series win over the Jets. And they are pretty amped after a feisty series against Winnipeg. "We've had chances in the playoffs before and we've been embarrassed and obviously been knocked out a few times," center Sean Monahan said. "Right now, you look at our team, every guy has bought in and every guy wants it. I think the character of our team has stepped up."

The Bruins' top line is called "The Perfection Line," but they didn't quite look the part in the sleepy round robin. Brad Marchand, Patrice Bergeron and David Pastrnak were all scoreless through three games. Boston needs to snap out of its round-robin malaise -- which saw the B's drop from the No. 1 seed to No. 4 -- because the Canes are coming in hot. Carolina's first-line tandem of Sebastian Aho and Andrei Svechnikov scorched the Rangers for six goals and 13 points in three games. Dougie Hamilton, who was a Norris Trophy contender prior to suffering a broken leg in January,should dress for Game 1. Carolina's goalies are overachieving, with a 5-on-5 save percentage of .971 in the qualification round, a big improvement from their combined .912 in the regular season.

This series has the most sizzle in the Western Conference thanks to this storyline: the Blackhawks traded away Robin Lehner at the trade deadline, not believing they were going to the playoffs. Not only are they here, but they'll face Lehner and his new team in the first round. Blackhawks rookie Kirby Dach said on Monday his team is eager to prove they're not just happy to be here; they want to go on a run. Meanwhile, the Golden Knights welcome Max Pacioretty back to the lineup (he came to the bubble late and had to quarantine). It doesn't appear they're going to cut his minutes in Game 1, either.

Theme of the Day

Are the round-robin teams at a disadvantage? In the first week of the tournament, there was a discernible difference between qualification-round games (playoff intensity) and the round robin (glorified exhibitions). "Those are preseason games," Brad Marchand said in a Zoom call on Monday. "I mean, let's call it what it is." So can the round-robin teams who were just skating through the motions -- like Boston -- flip the switch?

The New York Rangers won the NHL draft lottery, and the right to select Alexis Lafreniere at No. 1 in October.

The Rangers' rebuild has not only been miraculously quick, but also yielded them a No. 2 pick (used on Kaapo Kakko in 2019) and a No. 1 pick -- and in the meantime, they also signed one of the best free agents in franchise history, MVP candidate Artemi Panarin. The NHL is obsessive about expanding its U.S. reach, but it's no secret that it's good for the league when its big-market teams do well. So as the league stands to lose millions of dollars in the coronavirus pandemic, it's not exactly the worst thing that the Rangers are becoming relevant again.

As for Lafreniere? Here's his reaction, in an interview on NHL Network moments after the pingpong ball was revealed: "Really good news. Rangers are an unreal team with really good players and a really nice city. So for sure it's really good news, and I'm really happy."

Greg Wyshynski and I have plenty more to sayabout the 2020 draft lottery here.

This didn't age too well:

Rant of the day

Columbus coach John Tortorella went out of his way on Monday to defend Toronto coach Sheldon Keefe. Tortorella does have a point. While Maple Leafs fans are frustrated with their team, criticism of Keefe is misplaced. He has been on the job for nine months. The Leafs haven't won a playoff series since 2004. (Heck, even the Sabres have won one since then). There's a fundamental issue here. 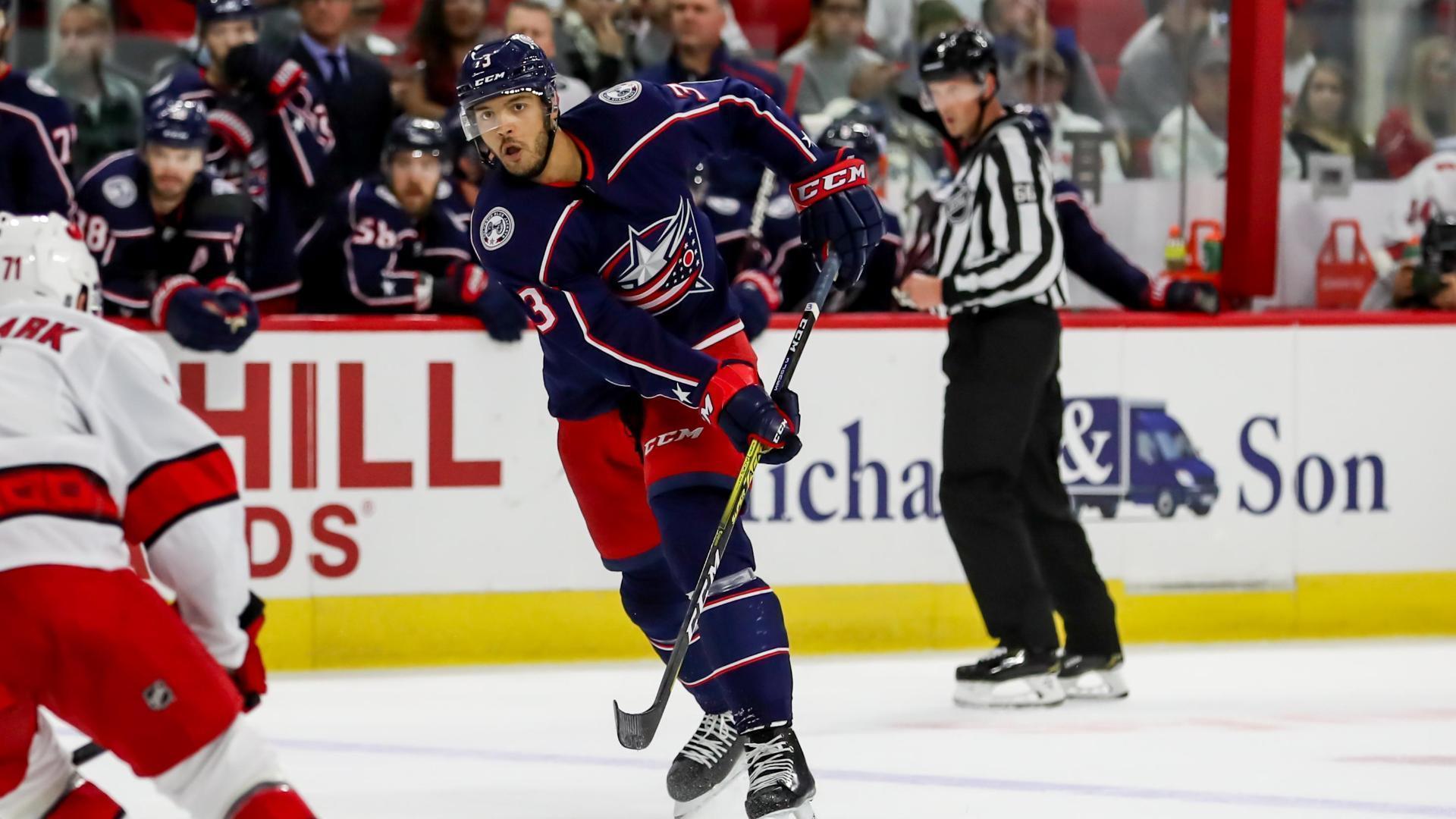