Pacers to bring back Frank Vogel 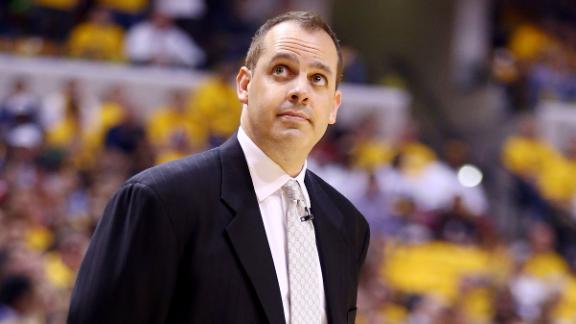 Indiana Pacers coach Frank Vogel will return for a fifth season with the team, sources confirmed.

After a fantastic start, the Pacers were just 23-19 in the second half of the season and were in danger of being upset by the No. 8 seed Atlanta Hawks in the first round of the playoffs, leading to speculation that Vogel's job may be in jeopardy.

Vogel, who is known for being a steadying force who supports his players and sticks to his strategies, was able to right the team as it rallied to reach the conference finals.

Vogel has led the Pacers to back-to-back appearances in the Eastern Conference finals, losing to the Miami Heat both times, including a 4-2 series loss this season that concluded with a 117-92 defeat Friday night.