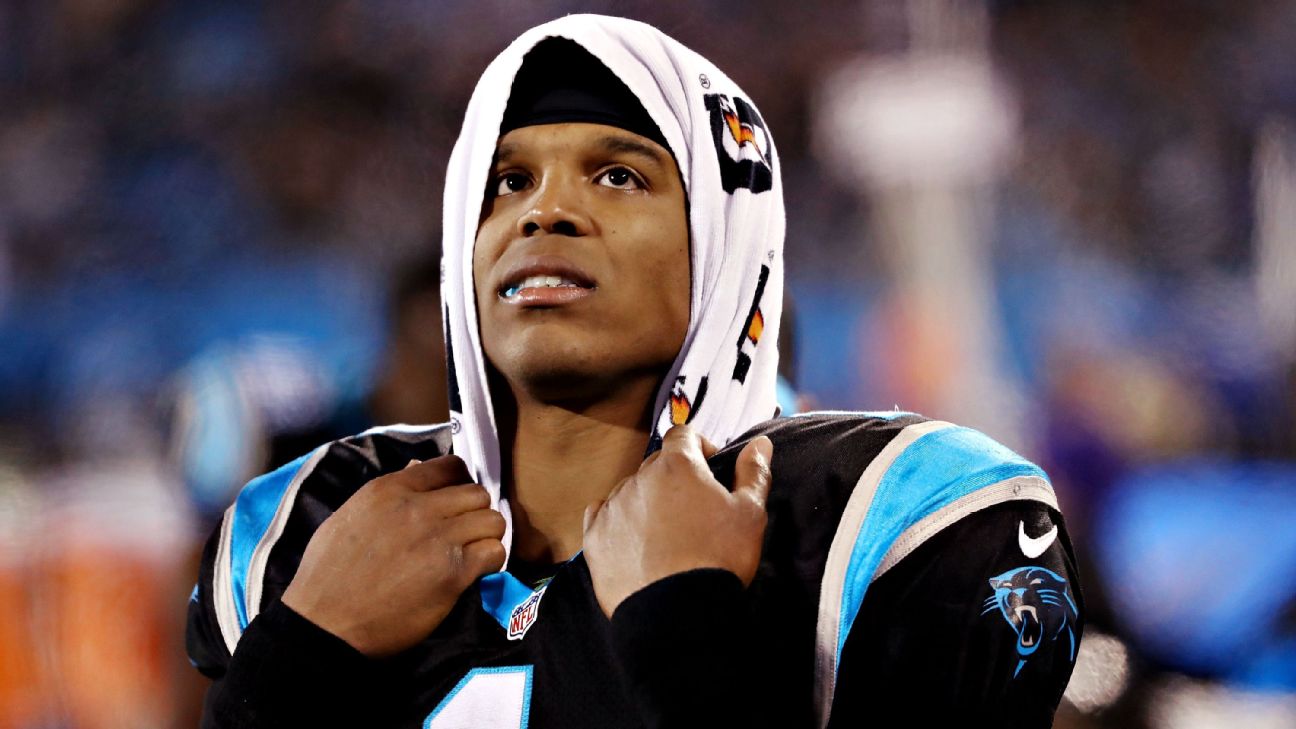 CHARLOTTE, N.C. -- Carolina Panthers quarterback Cam Newton on Wednesday said his right shoulder is "better than I thought it would be'' a week after undergoing surgery for the second time in the past three offseasons.

"It's good. It's good,'' Newton said of his shoulder during a morning appearance on radio 680 The Fan in Atlanta, his hometown and the site of Super Bowl LIII between New England and the Los Angeles Rams. "It's better than I thought it would be. With so much going on throughout this season, I was in fear to see what actually was wrong.''

Newton, who published the interview on his Instagram story, was not asked about the rehabilitation time or when he might start throwing. The team also has not given a timetable.

Newton, 29, missed the final two games of the 2018 season because of soreness in his throwing shoulder, which prevented him from attempting deep passes and ultimately made other passes difficult.

The soreness first became an issue following an Oct. 21 win at Philadelphia in which the 2015 NFL MVP had to throw 22 times in the fourth quarter to overcome a 17-0 deficit.

The soreness got worse as the season progressed, contributing to a seven-game losing streak after a 6-2 start.

"That's what was so frustrating,'' Newton said on Wednesday. "It didn't matter how much I would grunt, how much I would muscle up and throw it, it wasn't going far. You're looking at your arm like, 'Geez, Louise! What's really the issue?'

"You're looking around the league, guys like Patrick Mahomes, Russell Wilson, Tom Brady,Jared Goff . . . these quarterbacks that are saying, 'I can make that throw. I know I can make that throw.' And to go to practice and prepare for games and even be in games and you can't make it physically, that's something that's . . . I wouldn't say humbling. It just takes a hit at your pride.''

Several times at the end of the first half or end of the game, backup quarterback Taylor Heinicke had to replace Newton for a Hail Mary pass.

"The playbook wasn't limited,'' Newton said. "It was just one of those things, that play is called, here we go. There wasn't nothing I really couldn't do game day. . . . But as the game progressed, I started to feel fatigue in the shoulder.''