Panthers' Daryl Williams out indefinitely after tearing MCL in knee 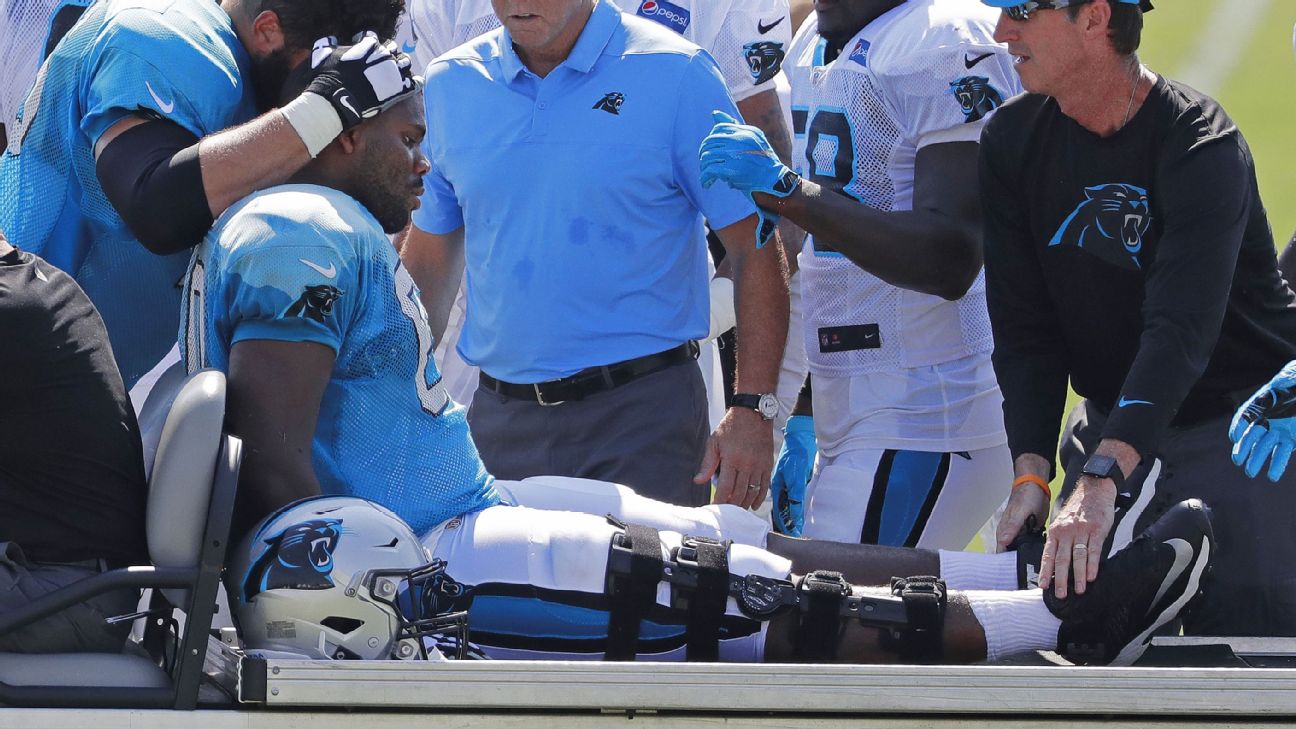 Williams has not been ruled out for the year, the team announced on Saturday.

"We are beginning the early stages of rehabilitation, and there is currently no timetable for his return," head athletic trainer Ryan Vermillion said in a statement.

The normal recovery time for such an injury is at least six weeks.

William went down screaming in pain during team drills and was carted off the field. Panthers coach Ron Rivera said Williams was taken to Charlotte, North Carolina, for further evaluation.

"We will keep our fingers crossed," Rivera said. "In the meantime,Taylor [Moton]is going to have to step up and take advantage of the opportunity to get better."

Williams was bowled over by defensive endZach Moorealong with contact from tackle Vernon Butler as he dropped back in pass protection.

He immediately grabbed the knee and screamed as trainers rushed over. Teammates took a knee and stayed there for several minutes in silence.

Quarterback Cam Newton, who walked about 40 yards away and stood alone after the injury happened, said the team was "shocked."

"You never want to see a player like that go down," Newton said.

The Panthers had begun early negotiations on a contract extension for Williams, who is entering the final year of his deal. He has started 28 of the 39 games in which he has played.

Moton, who backed up Williams last season, was first up to replace Williams. The 2017 second-round pick was competing for the starting left guard spot with Amini Silatolu.

"He's one of my best friends on the team," Moton said. "So I immediately went on a knee and prayed for him. My heart goes out for him, and I pray for a speedy recovery. He's been a mentor for me. He means a lot to the team, so he's definitely been a good person to watch the past year."

Rivera said it was "tough" for players to initially get refocused, but he was pleased with the way the team bounced back.

"We were kind of floating right there, especially on the offensive side," Rivera said. "You could feel it, and it takes a little wind out of your sails a little bit. But after that period, we refocused."

Rivera also was pleased with the way Moton stepped in at the position.