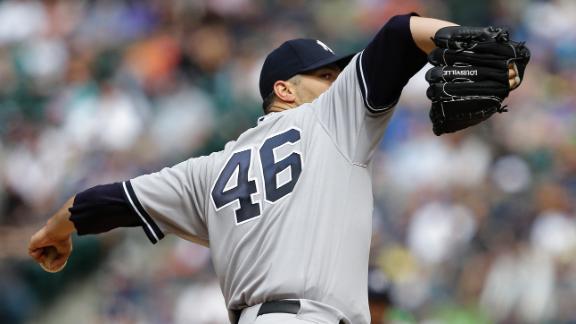 NEW YORK -- Scratch three more numbers off the list for the backs of New York Yankees uniforms this season. Or any other season.

The Yankees announced on Monday that they will retire the uniform numbers of Bernie Williams (51), Jorge Posada (20) and Andy Pettitte (46) in pregame ceremonies at Yankee Stadium this season. In addition, Willie Randolph, a member of the Yankees' 1977 and 1978 world championship teams, will be honored with a plaque in Monument Park.

Williams, who played center field for the team that won the World Series four times in five seasons between 1996 and 2000, will be honored on May 24 before a Sunday night game against the Texas Rangers.

Posada also played on four Yankees championship teams, including the 2009 team that beat the Philadelphia Phillies in the World Series. (He appeared in eight games for the '96 team but didn't play in the postseason.) He will be honored on Aug. 22 before a Saturday afternoon game against the Cleveland Indians.

Pettitte, a member of five Yankees world championship teams, will be honored on Aug. 23.

Randolph's ceremony will take place during Old Timers' Day festivities before a Saturday night game against the Detroit Tigers.

The three retired numbers will bring the total numbers retired by the Yankees to 22. When the Yankees retireDerek Jeter's No. 2 at some point in the not-too-distant future, the lowest number available will beNo. 11 -- 1 through 10 will all be retired.

Williams played his entire 16-year career with the Yankees, hitting .297 in 2,076 games, and is fifth in franchise history with 2,336 hits. He is the club leader with 22 postseason home runs and 80 postseason RBIs.

Posada played his entire 17-year career with the Yankees, hitting .273 in 1,829 games. He is second all time with 125 postseason games.

Pettitte was named in the Mitchell report in 2007 and admitted to using HGH. His quick apology and continued success on the field allowed Yankees fans and the team's management to forgive him.