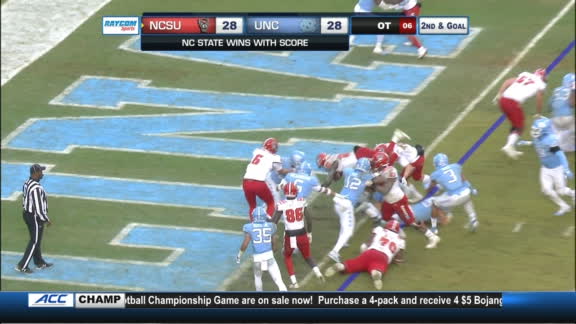 CHAPEL HILL, N.C. -- Reggie Gallaspy II scored on a 1-yard touchdown run in overtime, his school-record-tying fifth touchdown, and NC State beat North Carolina 34-28 on Saturday in a rivalry game marred by a fight in the end zone after it ended.

Freshman Cade Fortin, whose only snap since Oct. 13 was a last-second heave two weeks ago against Duke, put North Carolina up 28-21 with a 1-yard touchdown run with 9:29 left. He finished 19-of-40 for 276 yards with a 37-yard touchdown pass to Beau Corrales.Javonte Williams had an 8-yard touchdown run, and Freeman Jones kicked two field goals for the Tar Heels (2-9, 1-7).

But Jones was wide left on a 37-yarder in overtime. NC State then ran the ball on seven straight plays, capped by Gallaspy's plunge into the end zone that ended it. Some pushing and shoving in the end zone after the winning score led to a quick but intense melee in which players from both teams were seen throwing punches.

NC State: The Wolfpack have taken control of their fiercest rivalry, winning three in a row against the Tar Heels for their longest winning streak since reeling off five straight against UNC from 2007 to 2011. NC State has won four of five meetings and the past three at Kenan Stadium.

North Carolina: The story of the Tar Heels' season has been how frequently they found ways to lose close games, from the three-point home loss against Virginia Tech to the double-OT loss at Syracuse. So it's only fitting that their season would end in similar fashion.

North Carolina's season is over. 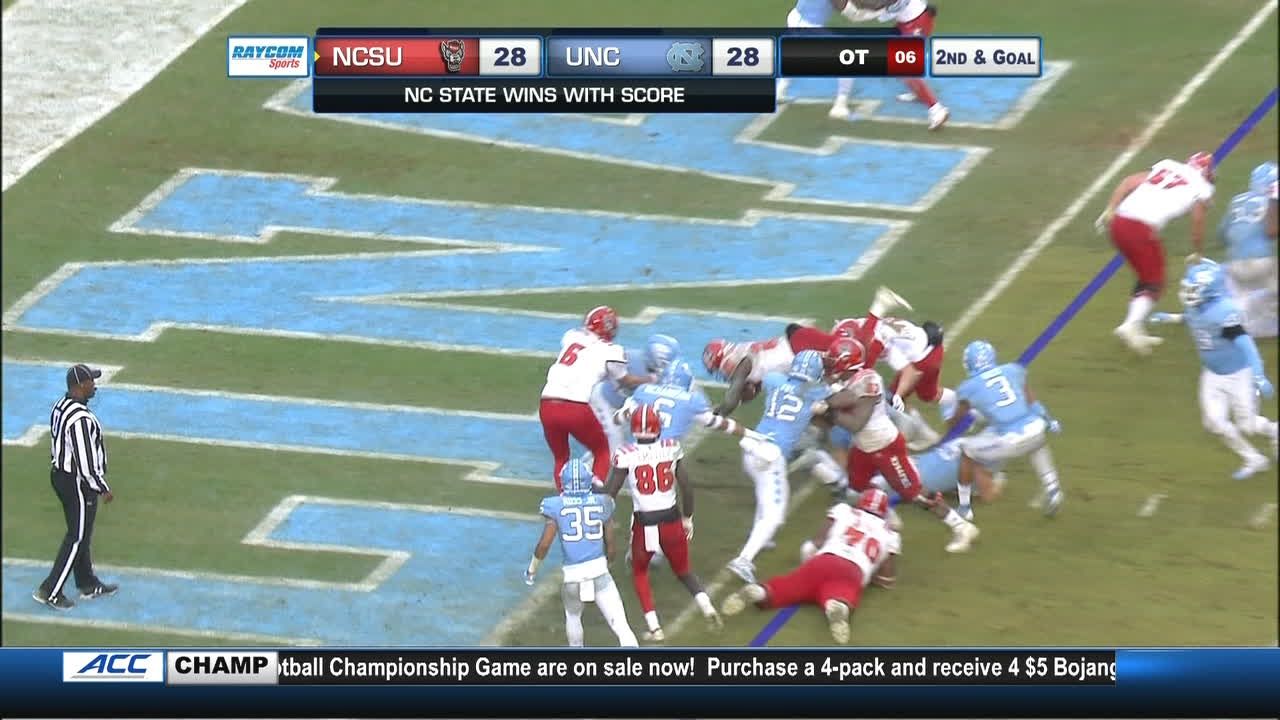