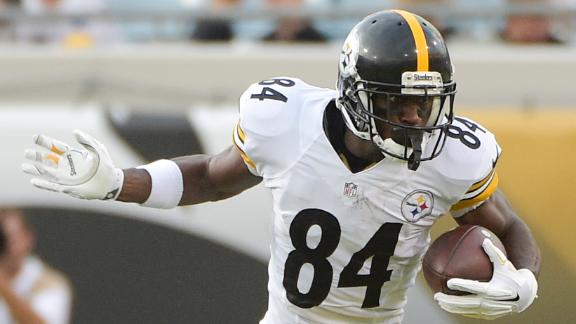 The Steelers plan to use the majority of the extra cap room to offset the large number of injured players who have been counting against the team's salary cap.

The move is expected to end Brown's contract demands for now. Sources tell ESPN that the Steelers, in a rare move for the team, moved up $2 million of Brown's salary into a signing bonus for this season, sources told ESPN. The restructuring raises Brown's salary from $6 million to $8 million this season.

The Steelers' organizational practice is not to negotiate with players who have more than one year remaining on their current deals. With Brown, however, this is a creative way to pay him more while bypassing the technicality of a negotiation.

"I'm extremely humbled and honored," Brown said Tuesday. "A lot of great players have been around here. I don't think they've ever done such a thing like that. I tip my hat to the Rooneys. It said a lot what they think about me. They didn't have to. They could have told me to stick to the original deal. They showed tremendous faith and gratitude."

The restructuring is similar to what the Patriots did for tight end Rob Gronkowski in April.