Takeaways from Duke's heart-stopping near miss versus UCF 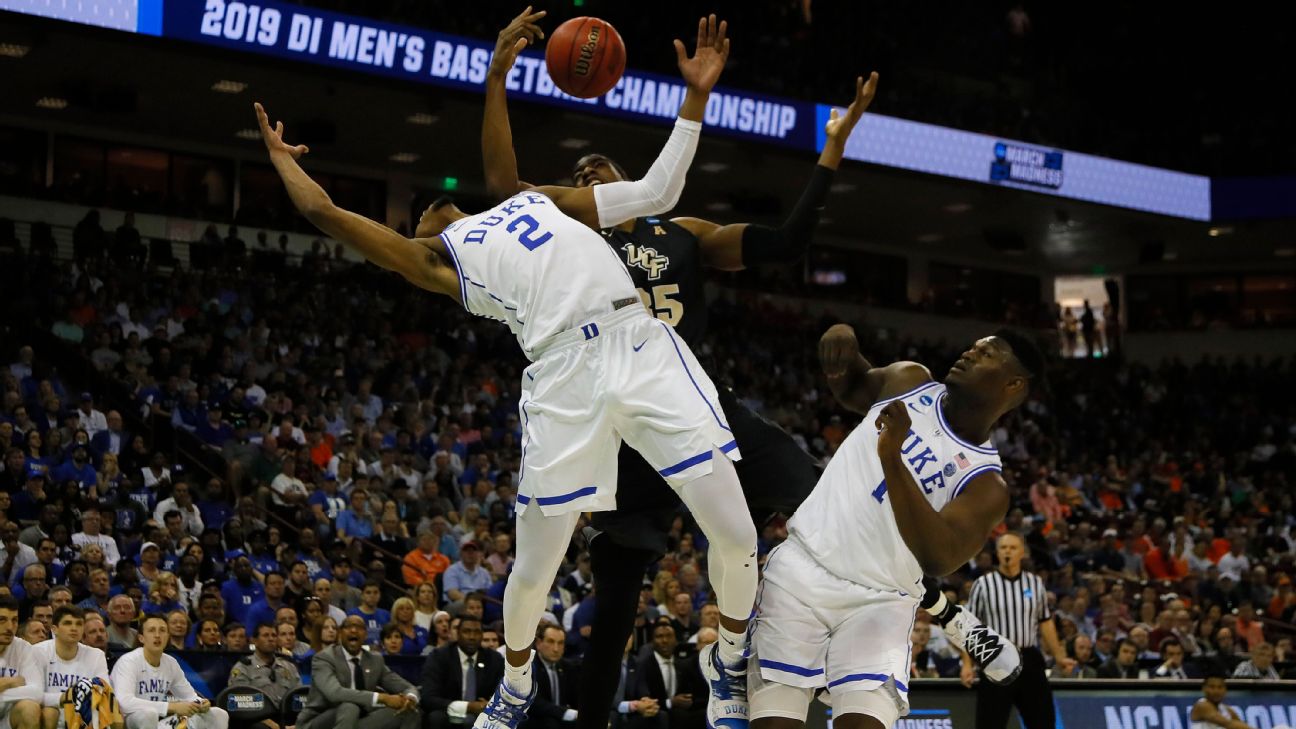 Duke advanced to the Sweet 16 after a thrilling 77-76 win over UCF on Sunday in the second round of the men's NCAA tournament -- the wildest finish of the Big Dance thus far.

If you're like us, we're still trying to breathe easy after that insane ending, but here are our five takeaways from the near-upset to help steady the conversation.

First, B.J. Taylor's layup rimmed out in the final seconds. Then, Aubrey Dawkins seemed to have the perfect angle and touch on a putback that would have won the game at the buzzer -- but it too didn't fall. How on earth not?

Duke coach Mike Krzyzewski said his team got "lucky" after the game. Of course, it's not that simple (after all, he has a talented group full of NBA prospects who made big plays down the stretch). The lasting image of that game, however, will be the Dawkins tip-in that somehow rolled out of the cylinder. What an unbelievable sequence.

We've dissected Zion Williamson for the past five months. He has been the overwhelming favorite to win the Wooden Award since December and the clear favorite to secure the No. 1 pick in this summer's NBA draft. He's also been a running highlight reel and college basketball's unofficial ambassador. Yet, there he was again, with 14 seconds to play against UCF, finishing and executing when his team needed him.

His late shot over Tacko Fall -- the 7-foot-6 center who drew his fifth foul on the play -- cut Duke's deficit to one point before RJ Barrett's go-ahead putback. Williamson, who finished 12-for-24 and recorded 32 points, is an entertainer. He's a great player. But he's also clutch. That combination, which he demonstrated on Sunday, is why so many eyeballs are still on him.

The Knights did a lot to frustrate Duke, which struggled in the second half as UCF erased a 44-36 halftime deficit. Williamson made 50 percent of his shots, but Duke's other starters connected on 41 percent of their attempts. Aubrey Dawkins, who had grown up around the Duke program when his father, Johnny Dawkins, was an assistant with the Blue Devils, dropped 32 points. They were aggressive and consistent throughout.

The Knights, like the rest of Duke's opponents, failed to deter Williamson. But they also gave Tre Jones, who has struggled in recent weeks, open looks from the field (5-for-15) and dared him to beat them. They challenged Barrett (6-for-15), too.

But the Knights also made 50 percent of their 3-point attempts, which forced Duke to stretch its defense and created more real estate for Fall and others to work around the rim. A versatile offense is a necessity to beat Duke, and UCF had it on Sunday.

But let's be honest: This is the only way to fight Duke. Any team has to be willing and capable of tussling with the national-title favorite down the stretch. And that's what UCF did, nearly advancing to the Sweet 16 as a 9-seed that had dismissed Goliath. At a minimum, UCF made Duke look vulnerable -- and beatable.

Sometimes, nerves can get the best of any player. And that seemed to be the case as Dayon Griffin and Aubrey Dawkins had a 2-on-1 opportunity while their squad held a 74-70 edge with 1:55 to play. The duo failed to finish an alley-oop, however, resulting in a missed dunk by Dawkins before Duke's Cam Reddish made a 3-pointer on the other end that cut the lead to one.

If UCF had finished the alley-oop, or if Aubrey Dawkins had just settled for a layup, that might have been the difference and resulted in a win for the Knights.

Before the game, Fall said he wouldn't allow Williamson to dunk on him. He achieved that goal.

But he also provided a healthy stat line for his squad in a pivotal game: Fifteen points (7-for-10), six rebounds and three blocks. Many had heard of Fall because of his height, but those who watched him for the first time on Sunday found out he's a pretty good basketball player, too. He's not a sideshow. On Sunday, he was nearly one of the heroes to help his team advance to the Sweet 16. 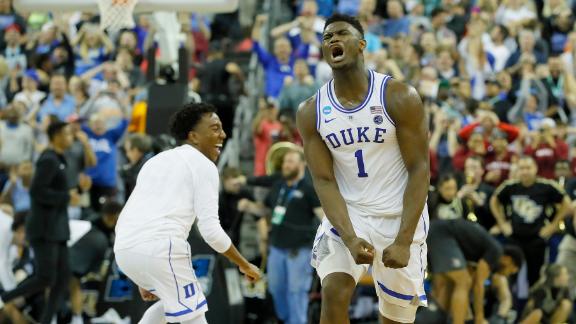