The many looks of fashionable Cam Newton 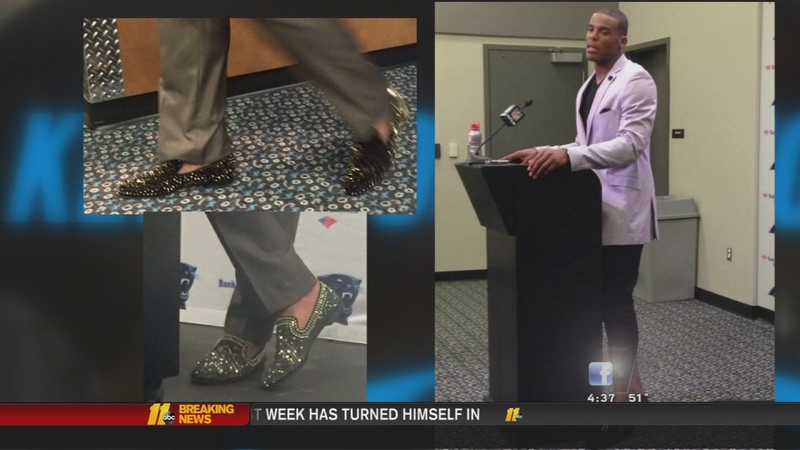 Cam Newton is kicking off the 2016 season in style. He showed up to M&T Bank Stadium, the home of the Baltimore Ravens, for Thursday's game against the Ravens sporting a hat that Pharrell Williams would be proud of.


Here's a recap of Cam's many unique looks from last season.

He is arguably the MVP of the league on the field with flashy play and impressive stats, but off the field, Cam Newton has made quite the splash when it comes to his wardrobe choices.

Cam's got a closet full of looks. This season, he became a fan of the fox tail and rocked the look after various wins. According to TMZ Sports, Newton dropped a reported twelve grand on the trend.

The man knows what he likes, and this season it was a variety of eye-catching slippers - with glitter, spikes and tassels.

Who could forget this winter hat? It cost a reported $360 and sold out shortly after he rocked it.

When it comes to the world of style, Newton is no amateur. The Panthers quarterback has been featured in magazines like GQ and Esquire, and in 2013 he even started his own line, MADE, sold in Belk stores.

Cam's been on the cover of Esquire and GQ

Fashion is considered art by many, and art usually has a message. Cam delivered his own message during the team's NFC Championship showdown. His cleats for the game featured the names of every single one of his teammates to symbolize the journey they've all made together to get to super Bowl 50.

Now the Panthers are all in on the fashion trend. The team will hit California in style with these sweet custom made jackets.

If Carolina does win it all, Cam Newton will surely grace us with his best look yet.