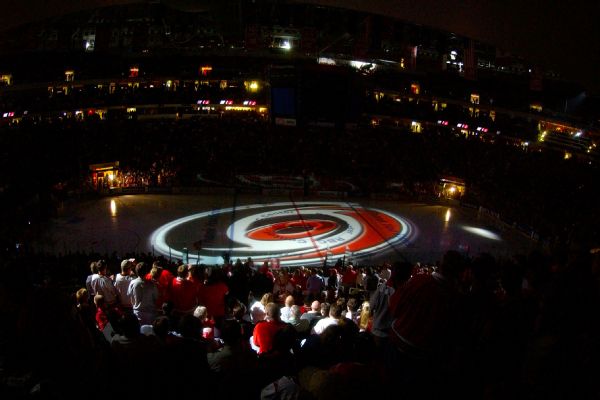 RALEIGH, N.C. -- Dallas billionaire Tom Dundon has taken over as the majority owner of the NHL's Carolina Hurricanes.

Team officials said the sale closed Thursday, about two months after Dundon signed a purchase agreement to buy a majority stake in the franchise from longtime owner Peter Karmanos Jr. The NHL says its board of governors has given its approval.

Karmanos will retain a minority ownership interest in the club he moved from Hartford, Connecticut, to North Carolina in 1997.

NHL commissioner Gary Bettman is scheduled to appear at a news conference Friday in Raleigh to introduce Dundon. Bettman has said the team is not moving.

Dundon, 46, is the former CEO of Santander Consumer USA, a Dallas-based lending firm. He's also an investor in the Top Golf chain of golf and entertainment facilities and a key financier of a new golf course in Dallas.

Karmanos had been publicly seeking a local buyer for at least three years. He acknowledged over the summer that he and a group led by former Texas Rangers CEO Chuck Greenberg had agreed to a term sheet but did not come to terms on a purchase agreement. He also said he was looking for a sale price of about $500 million.

Reports about another possible relocation have plagued the Hurricanes even as team officials and Bettman himself have persistently and repeatedly denied them. Bettman said at the All-Star Game in January that "the club is not moving," and NHL deputy commissioner Bill Daly echoed that sentiment by saying the league is committed to Raleigh in the same manner it has stuck with the Phoenix area during years of struggles for the Coyotes.

Karmanos said in 2015 that "we'd have to be idiots to move from here," largely because of the team's PNC Arena lease, which extends through 2024 and is considered one of the most team-friendly in the league.

In its most recent franchise valuations, Forbes magazine ranked the Hurricanes last in the NHL at $230 million. Bill Foley paid a $500 million expansion fee to the league to get the Golden Knights to Las Vegas.

The Hurricanes have not made the playoffs since 2009 -- the longest active drought in the NHL -- and entered Thursday night's game at Washington one point out of a playoff spot and tied for sixth in the Metropolitan Division.
Report a correction or typo
Related topics:
sportsespnstakeownersalenhltom dundoncarolina hurricanesmajority
Copyright © 2021 ESPN Internet Ventures. All rights reserved.
More Videos
From CNN Newsource affiliates
TOP STORIES