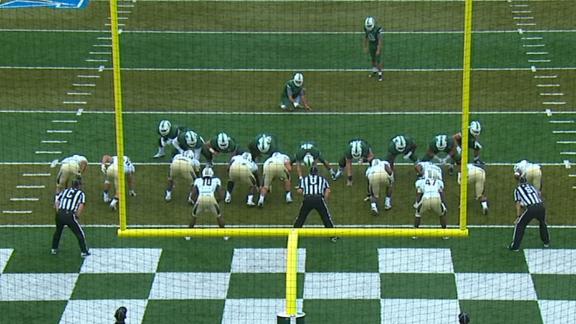 NEW ORLEANS -- Tulane long-snapper Aaron Golub became the first legally blind person to play in a Division I football game Saturday, according to the school.

Golub, a sophomore, snapped on an extra point after the Green Wave's final touchdown in a 45-31 victory over Central Florida.

"I'm happy that they gave me a shot, and it just felt great," said Golub, whose snap was perfect. "Mentally I was ready. I've prepared for it."

Golub has been playing football since middle school and concentrated on long-snapping to reach his goal of playing collegiately.

"He just works as hard as he can ... and you reward that hard work," Tulane coach Curtis Johnson said.

That hard work paid off Saturday.

"I prepared and I just know that I've done this thousands of times," Golub said. "It was nothing. It's the same as in practice. It was just me and Pete (punter Peter Picerelli) the holder and I just snapped it to him."

Johnson didn't inform Central Florida that Golub would be going into the game, much to Golub's liking.

"I don't think of it like that," Golub said. "I don't consider my vision being an issue. I'm happy to go out there and do anything. I wouldn't have wanted them to know."

"I wanted to do it against Maine last week because whenever we get up, I'm going to play him," Johnson said. "He's one of those kids that just works hard." 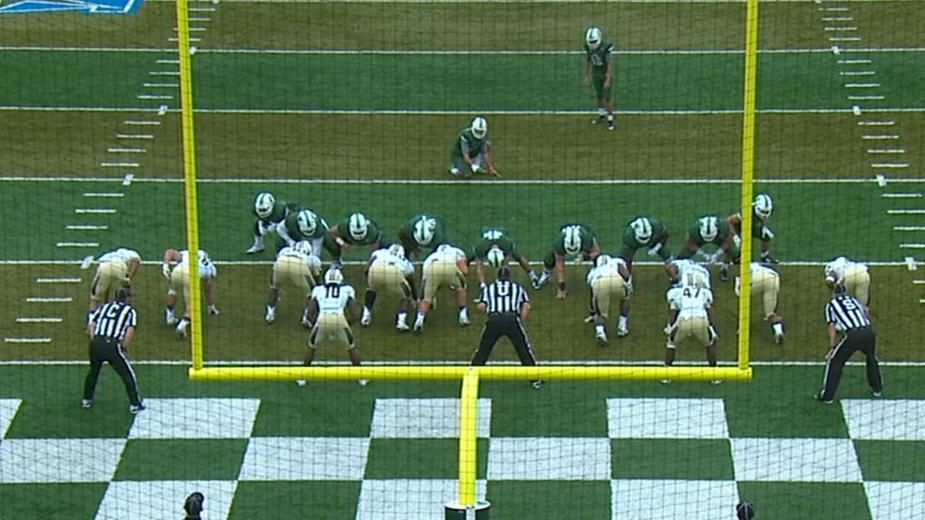