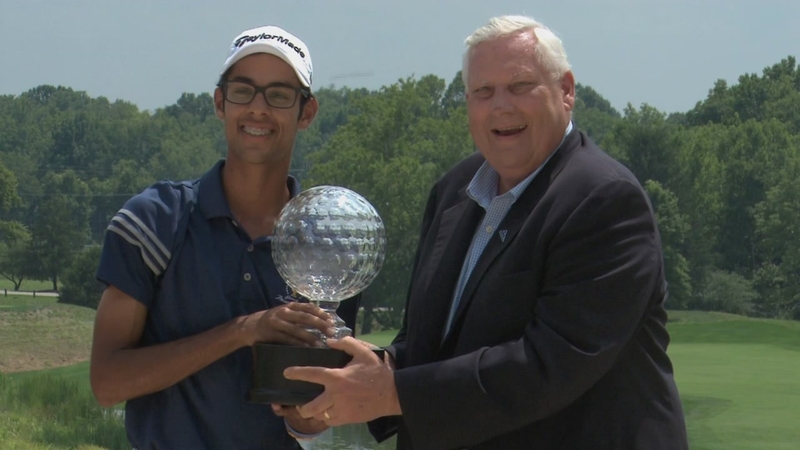 Trailing by one stroke entering the final hole of the Junior PGA Championship, Bhatia needed to get up and down in two from a very slippery spot to force a playoff.

The goal was to just get his chip shot close. He got it close all right. How does in the hole for the win sound?

Akshay called it "one of the clutchiest moments of my career."

It was good enough for a 4-under 68 and a one-stroke victory at Valhalla Golf Club.

It's his second consecutive win at the Jr PGA Championship (he's the only person to win the event twice), and one he'll likely remember for the rest of his life.

Bhatia also earned an automatic spot on the U.S. Junior Ryder Cup Team that will face Europe at Disneyland Paris in September.