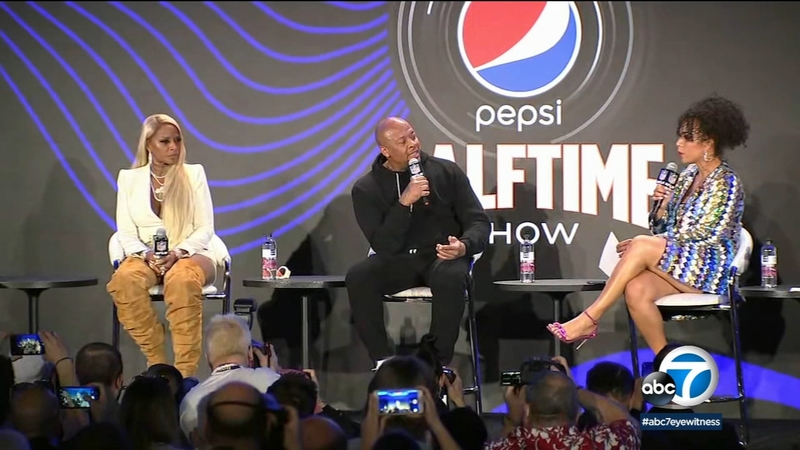 It marked not only the first time hip-hop artists were the main performers for the halftime show, but also presented Generation X with the opportunity to see if their dance moves were still "da bomb" or if they were "totally buggin" to think so.

And since the game was played at SoFi Stadium in Los Angeles, naturally Snoop and Dre kicked it all off with "The Next Episode" and got us in a "California Love" mood.

Surprise guest 50 Cent then showed up to perform the all-time favorite birthday anthem "In Da Club."

Then it was time for Blige to take the stage with her emotional hits, "Family Affair" and "No More Drama."

She was followed by Pulitizer-prize winner Lamar, surrounded by dancers dressed in black and wearing "Dre Day" sashes. The powerful performance appeared reminiscent in strength and style to Beyonce's "Formation" during her halftime appearance in 2016.
Accompanied by a band with Anderson .Paak on drums, Eminem was up next with "Lose Yourself," which, of course, caused the crowd to lose it. Eminem ended the song and took a knee, a gesture made famous by former NFL quarterback Colin Kaepernick as an act of protest against police brutality and racial discrimination.

Then it was time to return to Dr. Dre, who appeared to be producing the entire performance from a sound board on top of a set referencing a South L.A. neighborhood. Dre played a snippet of "I Ain't Mad At Cha" on the piano in tribute to former collaborator and West Coast rapper Tupac Shakur, who was gunned down at the age of 25 in 1996. He then reminded the audience that he's "still got love for the streets" with some bars from "Still D.R.E." featuring Snoop Dogg.

And... that is how you show the young heads that the old heads have still got it! 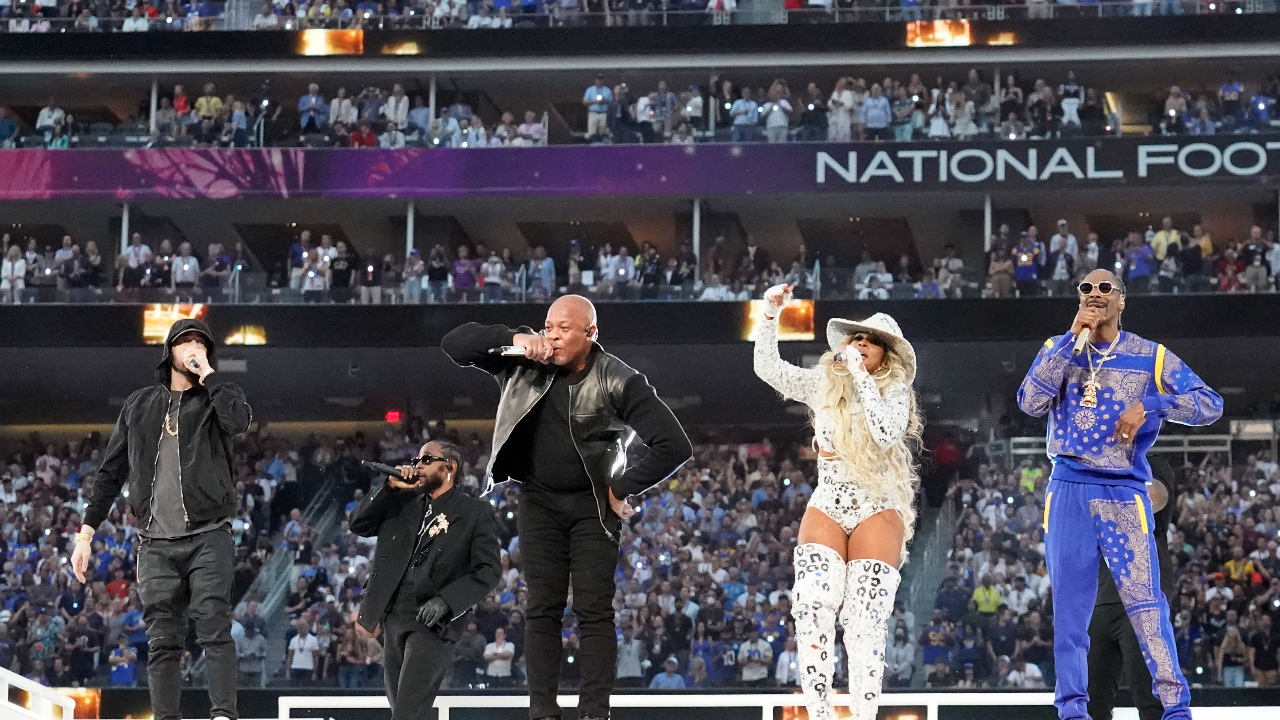