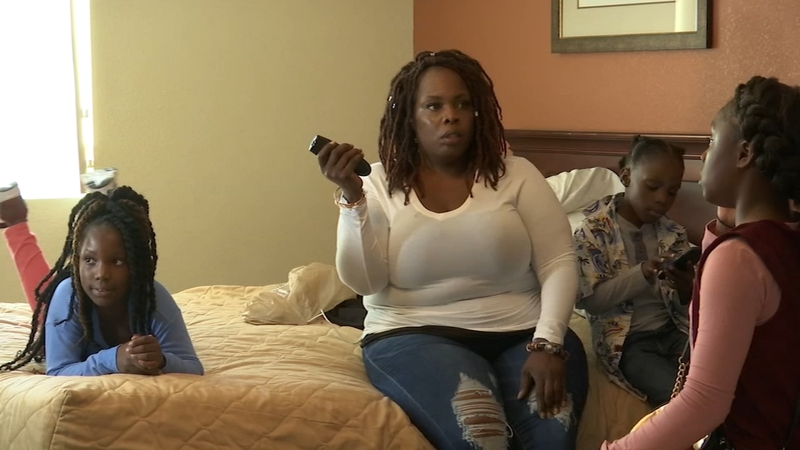 FAYETTEVILLE, N.C. (WTVD) -- Shanneka Hutchinson was not expecting to spend her Thanksgiving in a motel room with her five children.

It has been more than a month since they lost their home and puppy to a fire while they were away at a concert.

"It's been hard, it's been really, really hard," Hutchinson said.

The Fayetteville motel has been provided by some local organizations, and though the family is grateful, it's not home.

Along with losing their house to a fire on October 12, they were also victims of Hurricane Matthew, meaning the six are rebuilding for a second time.

"Getting them to school, taking them to the doctor's appointments. I mean, just because the fire happened doesn't mean that life stops," Hutchinson said.

This has made it difficult for the single mother to raise the $3,000 needed for deposits for a home and electricity.

Thankfully, she and her children have not been alone.

The family of six has even received an invitation to join their pastor for Thanksgiving dinner, but soon, they hope to be able to have their own home cooked meal.

"To be in a home, you know, cooking our first Thanksgiving dinner in our new home," Hutchinson said.

The family hopes to move into a new place next week.