Rescue mission wants homeless to come in from the cold 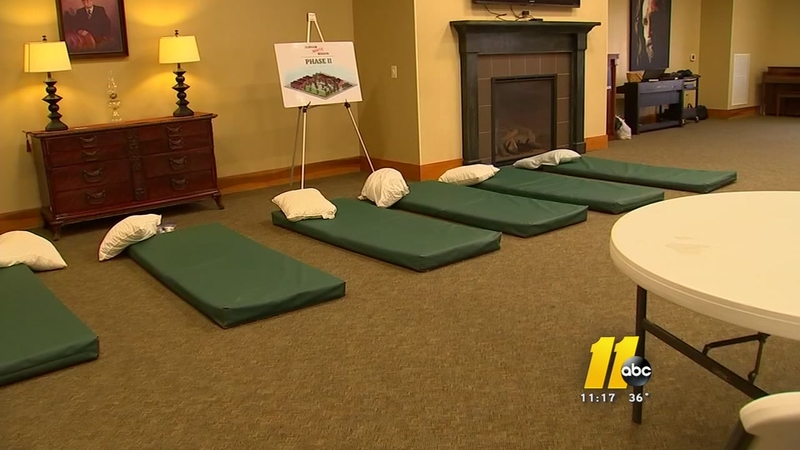 Rescue mission wants homeless to come in from the cold

DURHAM, North Carolina (WTVD) -- The Durham Rescue Mission's known for its homeless advocacy work. On a chilly Saturday morning, a team from the mission distributed hot drinks, food, and expressions of faith to groups of homeless men encountered on Bull City streets.

Life on the streets is challenging at any time, a fact confirmed by a homeless man who didn't want to disclose his name but told us he's a military veteran who works but has no permanent address. He's lived at the Rescue Mission for about two weeks.

The mission wants to help people like that man, especially now that the dips in overnight temperatures outside can be dangerous.

"Absolutely," said Norman Bussey of the mission. "And too, we offer football, warm food, a comfortable place to stay."

But getting some homeless men off the street is not easy, even when it's bitterly cold.

Chaplain Preston Jones told us, "Just seeing the hurt, and knowing it's a better way, and trying to get them to accept it."

He and other homeless advocates know some men prefer staying outside. The military veteran who spoke earlier with ABC11 hopes the predicted deep freeze will change some minds.

"The ones who don't want to come in, you need to come here because it's a good place. You can get three meals and snacks, and it keeps you warm."

Bussey told ABC11, "We have a lot of cots. We can find somewhere for the gentlemen to sleep, to get out of the cold. We don't want anybody to freeze."

And Jones said they'll keep working to save homeless people from the potentially harmful weather.