NOTE: THIS STORY WAS PUBLISHED IN 2014
WTVD 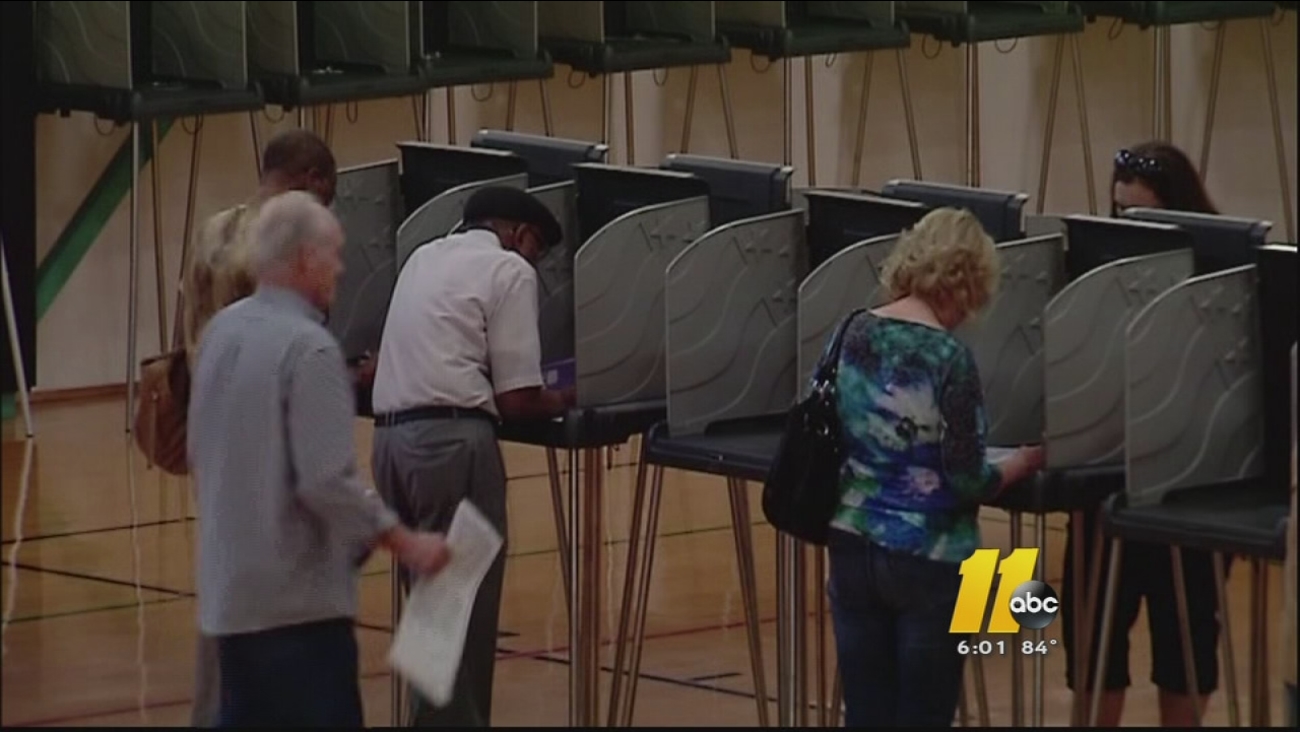 WTVD
RALEIGH (WTVD) -- The state Board of Elections revealed Wednesday that more than 35,000 people may have double voted by casting ballots in North Carolina and another state during the 2012 election.

The Board of Elections was careful to say they don't have proof of fraud, but they have good reason to look closer.


"They verified there was voter fraud," said Susan Myrick, with the conservative think tank NC Civitas.

Myrick has been warning about voter fraud for years, and she said the numbers just out show it's happening, and it's happening a lot.

"They identified tens of thousands of voters that potentially voted in North Carolina and another state," said Myrick.

Initial findings from the Board presented to the Joint Legislative Elections Oversight Committee Wednesday showed:

Those findings only include data from the 28 states which participated in the 2014 Interstate Crosscheck.

Additionally, during an audit of death records from the Department of Health and Human Services, the Board discovered 81 deceased voters that had voter activity after they died.

The executive director of the state Board of Elections says there could be plausible explanations for much of the problem including human error at the polling stations.

"We do have exact matches, and that concerns us," said Kim Strach, with the Board of Elections, "but we still need to investigate to insure that it's not error or precinct error, because that does happen."

However, as the Board of Elections investigates, the political fallout is already being felt.

"While we are alarmed to hear evidence of widespread voter error and fraud, we are encouraged to see the common-sense law passed to ensure voters are who they say they are is working," said Tillis and Berger. "These findings should put to rest ill-informed claims that problems don't exist and help restore the integrity of our elections process. We appreciate the state Board of Elections bringing this critical information to light."

For everything the new law does, including a number of restrictions on voting access, it's not clear that it would stop this interstate fraud. It's a point critics of the law were quick to make, and even some supporters acknowledged.

"The Voter ID bill may not have prevented that," said Myrick.

"I'm just saying let's not use those numbers to suggest that the larger 589 Voter ID Bill was justified and all the things that came with it," said Bob Phillips, with Common Cause.

As for potential fraud, it could be even more than the nearly 36,000 cases because only 28 states share voting information, and many of the bigger ones do not.
Report a correction or typo
Related topics:
politicsnorth carolina
Copyright © 2022 WTVD-TV. All Rights Reserved.
TOP STORIES
Court papers show how investigators linked suspect in Hedgepeth murder
Supreme Court to hear challenge to race in college admissions
George Floyd's family reacts as civil rights trial begins
Eateries hope for community support during Triangle Restaurant Week
No charges for Johnston County deputy who shot drug suspect in wrist
Mental health providers of color see influx of patients
LATEST: Next steps in fight against COVID-19
Show More
Getting paid on Venmo or Cash App? New tax rule might apply to you
Alex Murdaugh hit with more charges connected to 4 new clients
8,500 troops placed on heightened alert for European deployment
Cruise ship takes passengers to Bahamas to avoid Florida warrant
Defense: Chauvin called 'all of the shots' when Floyd killed
More TOP STORIES News