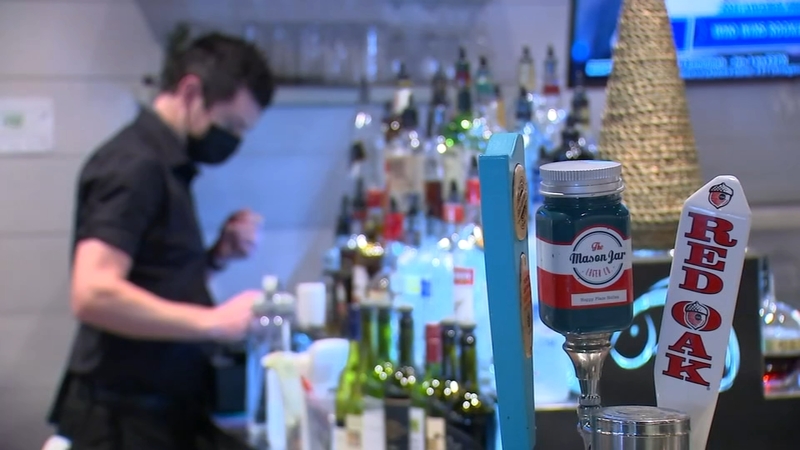 Memo prompts confusion over legality of to-go cocktails in NC

RALEIGH (WTVD) -- A memo from the North Carolina Sheriff's Association suggesting that Gov. Roy Cooper did not have the authority to allow businesses to sell to-go alcoholic mixed drinks in the state prompted some confusion on Wednesday.

Cooper' executive order, which went into effect Monday at 5 p.m., said bars, restaurants, hotels and clubs could sell alcoholic mixed drinks to-go. The order, he said would discourage people from congregating indoors, as well as provide an economic boost for the state's bars and restaurants. The order also allowed businesses to sell alcoholic beverages after the 9 p.m. curfew for on-site drinks.

But the memo, addressed to all North Carolina sheriffs from executive vice president and general counsel Eddie Caldwell, said: "current State law does not authorize mixed alcoholic beverages to be sold for carry-out."

"It's easy to let our guards down when we're with our family, but no matter how much you trust and love someone, if they don't already live with you, keep wearing a mask," he said.

Caldwell went on to say that he's not aware of any provision in the law that would allow the governor or the chair of the ABC Commission to override the existing statute.

Furthermore, Caldwell wrote that state law requires that any alcoholic beverage in the passenger part of a car, including the driver's seat, any passenger seats, or any part of the car that would be in reach of a passenger or driver, be in its original, unopened container. Therefore, even mixed drinks that have been sealed according to Cooper's order would need to be transported in the trunk of the car, he said.

But Cooper's office responded on Wednesday, saying bars and restaurants can continue on as promised.