Drive the Durham Freeway? NCDOT explains why construction is delayed 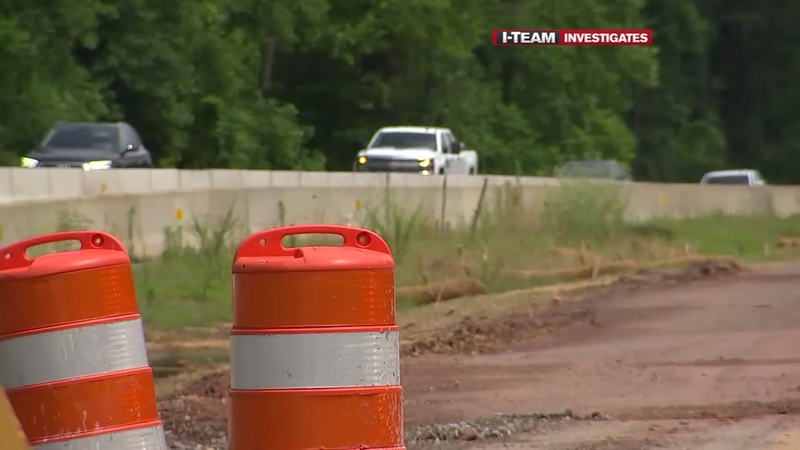 The North Carolina Department of Transportation said a major segment of the East End Connector project on the Durham Freeway won't finish until at least July - two months behind schedule.

"We know it's inconvenient," NCDOT spokesman Steve Abbot told the ABC11 I-Team. "But we think people are going to very much enjoy when it's done."

According to Abbot, the prolonged rainfall from several spring storms prevented crews from key phases of construction on Highway 147 between Ellis Road and downtown Durham. The roughly four-mile stretch has seen lane shifts, tight jersey barriers and slight grade changes during the last two years.

Engineers estimate 76,000 vehicles travel that corridor between Raleigh and Durham every day.

To ensure safety -- and space for construction crews -- the corridor has been squeezed into two narrow lanes, eliminating a shoulder and break-down lane. The NCDOT has not immediately returned an ABC11 request for crash data, but officials blame many flat tires, cars running out of gas, general breakdowns and fender bender type incidents causing backups. They are usually quick to clear, one engineer notes, but they reduce traffic flow to one lane until help arrives.

"Slow down and be patient," Abbot said. "Don't be distracted. Ideally you're leaving space between the vehicle in front of you and your vehicle."