Volodymyr Zelenskiy: What to know about Ukrainian president entangled in Biden controversy 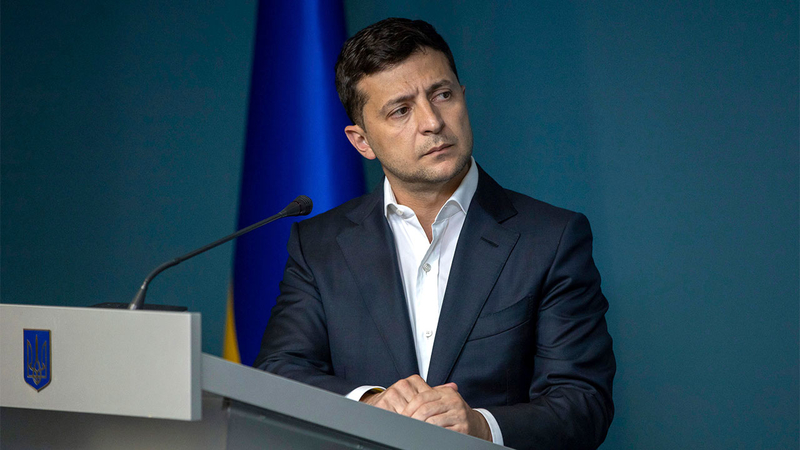 What to know about Ukrainian Pres. Volodymyr Zelenskiy

Ukrainian president Volodymyr Zelenskiy was abruptly cast into the center of a political storm in the United States as the U.S. House launched an impeachment inquiry into President Donald Trump over a July 25 phone call between the two leaders. It has come under scrutiny because Trump prodded Zelenskiy to investigate Trump rival and former U.S. Vice President Joe Biden.

Zelenskiy has only been in office for a matter of months following his landslide victory over incumbent Petro Poroshenko. He first rose to fame in Ukraine as an actor and comedian, most notably playing a high school history teacher thrust into the presidency after a video of him blasting corruption goes viral on the sitcom "Servant of the People."

Like his character on the show, Zelenskiy focused his presidential campaign on riding the wave of public distrust of Ukraine's political elite. Zelenskiy pledged to keep Ukraine on its pro-Western course but said the country should only join NATO if voters give their approval in a referendum.

While campaigning, Zelenskiy largely avoided traditional media, choosing instead to run his campaign mainly on Instagram, where he has millions of followers, and YouTube. He has never held political office before.

As president, Zelenskiy has scrapped criminal immunity for lawmakers, introduced a law mapping out procedures for a presidential impeachment and reached out to ordinary Ukrainians, urging them to report bribery and kickback attempts.

Zelenskiy's landslide victory also raised hopes for breaking the stalemate in the separatist conflict that has been raging since 2014 and killed more than 13,000 people. The new president has tried to engage Russia directly.

It was Zelenskiy who picked up the phone to call Putin over the summer to discuss a prisoner exchange. Several weeks later, 70 people from Russia and Ukraine were released in the biggest swap in years.

Separately, foreign policy chiefs of Ukraine, Russia, France and Germany sat down for talks earlier this month for the first time in years to discuss ways to jumpstart peace negotiations.

Meanwhile, the Ukrainian president has gone out of his way to avoid provoking Moscow. Zelenskiy has steered clear of speaking at length about Ukraine's aspirations to join NATO and the European Union.

The former comedian earned accolades at home for the prisoner swap, which showed he can get things done with Putin. He has also been praised for engaging Moscow while standing firm against the annexation of Crimea.

His approval ratings have climbed since he took office in May, reaching 71 percent this month, according to the Kyiv-based Rating agency.

Before campaigning for office, Zelenskiy competed on a local version of "Dancing with the Stars" and appeared in several romantic comedy films and talent competitions.

A five-page summary of the call detailed a conversation between Trump and Ukrainian President Volodymyr Zelenskiy. It's just one piece of an overall complaint made in mid-August by a whistleblower. The complaint is central to the formal impeachment inquiry launched Tuesday by Democratic House Speaker Nancy Pelosi.

Days before the call, Trump froze nearly $400 million in aid to Ukraine. It was not clear from the summary whether Zelenskiy was aware of that, and the White House did not respond to requests to clarify. The president has insisted he did nothing wrong and has denied that any request for help was tied to the aid freeze.

During a meeting with Trump Wednesday on the sidelines of the U.N. General Assembly, Zelenskiy said he felt no pressure to act on his call with Trump.

"Nobody pushed me," he said.