'This is for my kids:' Cameron Pond parents continue fight against school reassignment 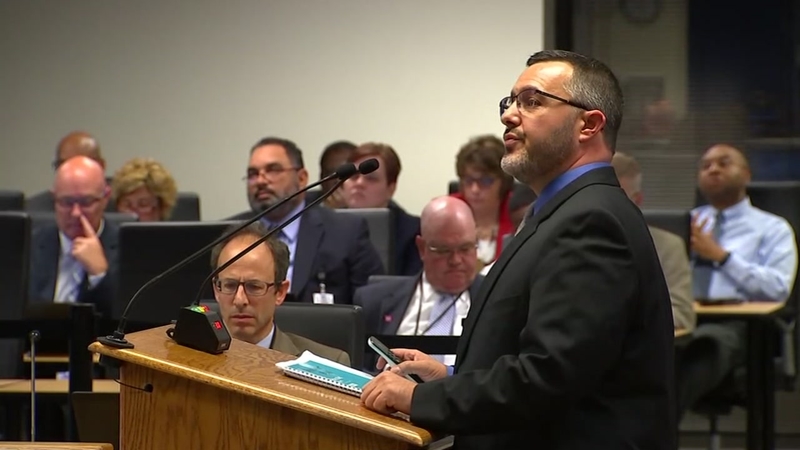 CARY, N.C. (WTVD) -- Many Wake County parents are not giving up their fight just yet.

They took their case once again to the Wake County School Board about the plan to send their children to different schools next year instead of their neighborhood schools.

Originally a third draft of the plan was supposed to be released Tuesday night, but the school board wanted more time to review the plan.

Parents in orange were out again tonight to continue their fight against reassignment. Third draft is due out in two weeks. #ABC11 @WCPSS pic.twitter.com/PXCP197Mnc

"We're in a growing county, we're glad people want to attend our schools but it does create some challenges for us," said Matt Dees, spokesman for the Wake County Public School System.

A group of parents from Cameron Pond showed up again dressed in orange. They have been pleading to the school board to not move their kids from Mills Park schools to either Carpenter Elementary School or Alston Ridge Middle School. They argue the other schools are not as close. There's also a new greenway being built in the area that would allow kids to bike to school.

The @WCPSS were not able to get through entire presentation on reassignment in the work session so now tackling the rest of the 20 or so slides in board of education meeting right now. #ABC11 pic.twitter.com/H2jDa1AW8A

"Please take it from someone who has actually been there and walked it," said Ryan Simper, a parent from Cameron Pond, referring to the Panther Creek Greenway. "I'm a very protective father and I would absolutely let my girls walk and ride on that route."

School board members will send their thoughts to the director of assignment about the Cameron Pond areas and other soon before the draft is released. Some options for Cameron Pond include moving forward with the staff recommendation or revising the grandfathering rules to allow more students to remain in place.

"This is for my kids -- I care about them because this is their future," said Krissy Campbell, who has three children. "We feel the numbers are being manipulated to justify certain changes to support their decisions and being used against us."

Wake County Schools says it needs to get ahead of the game when it comes to preparing for the class size mandate which goes into effect in 2021-22. Parents like Campbell say the district say is basing its projections on current enrollment numbers vs. how they will change. She said they're going to decrease.