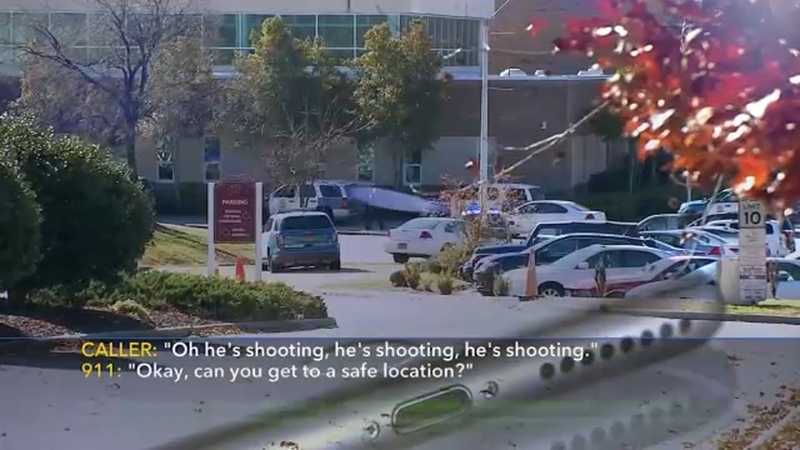 Police said there was no evidence of a shooting near or any threat to students at Wakefield Elementary, Middle or High schools.

The three schools, which are located along Wakefield Pines Drive in Wake County, went on lockdown around 10:30 a.m. after someone called 911 to say that they had heard shots fired near the schools.

Raleigh Police Department investigated the report but found no evidence that shots were fired on campus or anywhere nearby.

"There was never shots heard in the neighborhood. There was never any threat to students or staff at Wakefield High School, or any school," school officials said in an update to parents.

In the 911 recording, the caller told the dispatcher there was a shooting by the football field.

He said he was heading inside and added that: "I think some dude is laying on the ground, he's not moving."

Later, the caller said someone was "sitting" on the ground. And asked whether that person was injured, he replied, "they're not moving."

Through quickening breaths, he repeated "oh my God, they're shooting," several times as the dispatcher urged him to get to a safe location.

He eventually responds that he is now in the bathroom. The dispatcher informs him that officers are on the way.

An RPD detective told parents outside the school that "we have the person who made the false report."

"There is no threat at any Wakefield campus at this time. The investigation is continuing to ensure the safety of everyone on our campus. The lockdown transitioned to a code yellow at the Elementary and Middle Schools without incident," Wake County Public School System said in a statement.