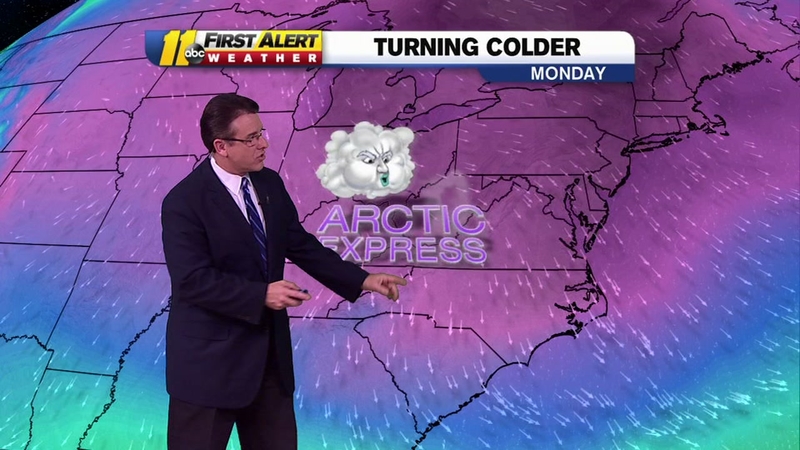 RALEIGH, North Carolina (WTVD) -- North Carolina's governor has signed an emergency declaration to allow heating fuel to be more easily distributed during a bitter cold snap. Meanwhile, roads are being treated in South Carolina's coastal counties because of a forecast of light freezing rain.

"Freezing temperatures could cause rising prices and transportation challenges for propane and other fuels that keep homes warm," Cooper said. "I'm taking action today to make it easier to get heating fuels into North Carolina for those who need it."

A winter weather advisory was in effect for counties along the North and South Carolina coasts with some freezing rain possible through Friday morning.

The South Carolina Department of Transportation announced that it was treating bridges in coastal areas and that it had road crews ready starting Thursday night.

Cooper's executive order has also put North Carolina's price gouging law into effect statewide for the next 30 days or for the duration of the emergency, whichever is less. The price gouging law prohibits overcharging in a time of crisis.

North Carolinians who spot potential gas price gouging may report it to the North Carolina Attorney General's Office at ncdoj.gov or (877) 5-NO-SCAM.

High pressure centered over the Great Lakes will continue to expand east and south into the Carolinas, bringing severe cold to Central North Carolina.

Another surge of Arctic air will follow as yet another large area of high pressure moves out of western Canada into the northern Plains States on Saturday. This large high-pressure area will become oriented northwest to southeast across the northern half of the U.S. east of the Rockies. This will help usher in chill very similar to what we are currently experiencing across North Carolina and Virginia.

Dry cold air will dominate the region Sunday through Tuesday of next week with daytime high temperatures mostly no higher than the low to mid 30's and nighttime low temperatures down into the teens.