Tropical Storm Eta strengthens; 2020 ties the record with 2005 for most named storms in a season 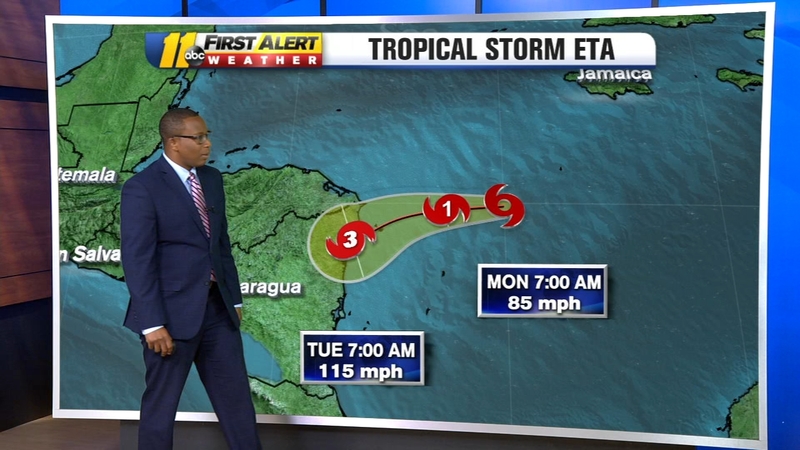 Eta expected to strengthen into hurricane

Rain-heavy Tropical Storm Eta grew rapidly to near hurricane strength Sunday while heading for a drenching collision with Central America, as this Atlantic hurricane system tied the record for the most named storms.

Eta had maximum sustained winds of 70 mph late Sunday, the U.S. National Hurricane Center said. It was centered about 215 miles east of the Nicaragua-Honduras border and was heading westward at 13 mph.

Forecasters expected Eta to become a hurricane during the night and it was predicted to be nearing the Nicaraguan coast early Tuesday.

Tropical Storm #Eta will become a hurricane soon and will rapidly intensify into a Category 3 Major Hurricane before making landfall in Nicaragua Tuesday morning. Here's the latest track from the National Hurricane Center. pic.twitter.com/pax2nKVGxX

Hurricane season still has a month to go, ending Nov. 30. And in 2005, Zeta formed toward the end of December.