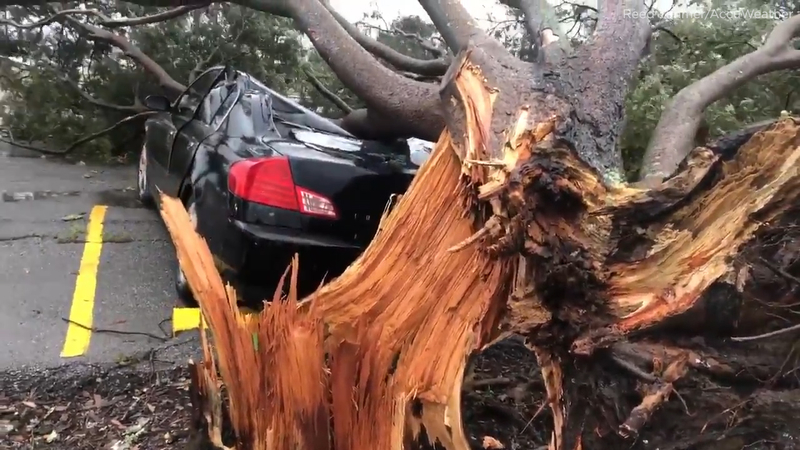 Tree crushes car as Hurricane Barry bares down on Louisiana

"Thankfully no one was inside [the car]. This shows you one of the many dangers with going outside during a hurricane," Timmer said, adding that he had observed tree damage and downed power lines across the city as Barry prepared to make landfall as a Category 1 hurricane.

Live update in Tropical Storm Barry as winds ramp up just outside of Morgan City, LA as of 10:00 am @breakingweather @accuweather @abc13houston pic.twitter.com/W4uH9zlasG