Why the US isn't following the World Health Organization's mask guidance

The WHO says vaccinated individuals should wear masks indoors.
ABCNews
By Cheyenne Haslett 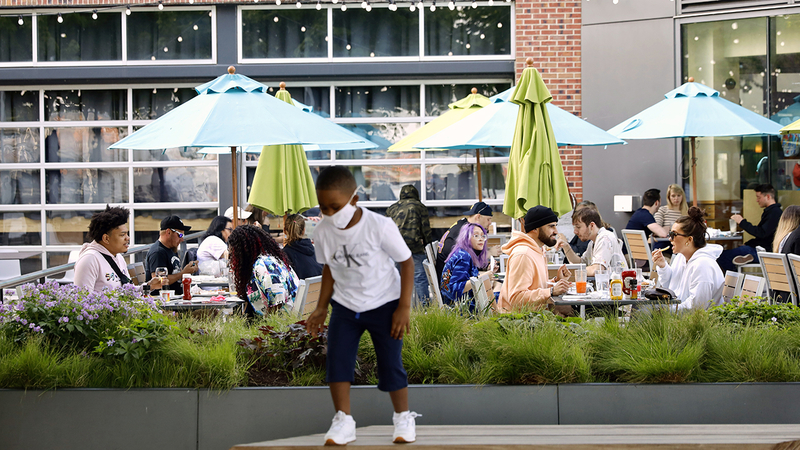 Delta variant has some talking about mandatory masking again

WASHINGTON -- The World Health Organization and the Centers for Disease Control and Prevention are out of step in their COVID-19 mask guidance, prompting confusion.

In light of sky-rocketing cases of the COVID-19 Delta variant around the globe, last week the WHO called for all vaccinated people to continue to wear masks.

The CDC, however, has not followed suit. The U.S. agency still sticks by its guidance -- announced in May -- for vaccinated people to relinquish their masks in indoor and outdoor settings, so long as it's been two weeks after their last shot of the vaccine. Unvaccinated people are supposed to continue wearing their masks and social distancing.

Why is the WHO advising masks for vaccinated people?

At a press conference on Friday, the WHO said that the rise of new variants made it necessary to pull out all the stops against the virus, particularly in places that had let down their guard.

The WHO, which watches the pandemic with a global lens, was considering the large majority of the world that's unvaccinated or has less-effective vaccines. The organization also pointed out the disparities in vaccination statuses. In comparison, the U.S. has only been able to lift restrictions on businesses, reopen cities and discontinue mask mandates because of its access to hundreds of millions of vaccines.

Dr. Tedros Adhanom Ghebreyesus, the director-general of the WHO, said it was now "even more urgent that we use all the tools at our disposal" in the global fight against the coronavirus.

Dr. Anthony Fauci, chief medical adviser to President Joe Biden, described the rest of the world as "fundamentally an unvaccinated planet" in an interview with ABC News on Tuesday, when he was asked about the daylight between the two organization's guidance.

"There are some countries that are doing well, but many, many countries have very little vaccination," Fauci said.

Doctors say there will be some social challenges to overcome as California removes face mask mandates for most settings.

That means that even vaccinated people are potentially surrounded by high levels of COVID-19, including the rapidly spreading variant, which could increase the chance of breakthrough cases, especially in countries where the vaccines are less effective.

But in the U.S., the two most common vaccines have shown to work fairly well against the variant.

The U.S. has pledged to share 80 million vaccines with the rest of the world by the end of June, though it's currently behind on its timeline. So far, 24 million have gone out, according to a tally by the Associated Press.

What has the CDC said in response?

“Those masking policies are really intended to protect the unvaccinated. The vaccinated we believe still are safe.” @CDCDirector Dr. Rochelle Walensky speaks on mask confusion with the new Delta variant. https://t.co/6f84WtJMY3 pic.twitter.com/KPTgjDiZ1D

Vaccinated people in the U.S. are still safe to the point that masks are not needed, CDC Director Rochelle Walensky said Wednesday on ABC's "Good Morning America."

"The vaccinated, we believe, still are safe," Walensky said.

But Walensky hedged that her recommendation was broad -- taking into account the entirety of the country, both where rates for fully vaccinated adults are above 70%, and where they're below 40% -- so she urged local public health departments to make their own decisions based on the variant spread in their own communities and the willingness of people to get the vaccine.

That's exactly what Los Angeles did on Monday, when they announced a return to indoor masking for everyone, vaccinated or not, after discovering that cases of the Delta variant made up nearly half of all the cases sequenced in the county, or one in every five new infections.

About half of the county is fully vaccinated, according to the CDC.

The County of Los Angeles Public Health recommended masks for indoor shopping, movie theaters and workplaces -- any public location where "you don't know everyone's vaccination status" -- as an extra step to stop the spread, beyond vaccines.

"Until we better understand how and to who the Delta variant is spreading, everyone should focus on maximum protection with minimum interruption to routine as all businesses operate without other restrictions, like physical distancing and capacity limits," the department wrote in a press release.

Fauci, like Walensky, encouraged the decision to be made locally "if they feel that the level of spread of the Delta variant is really profound in their particular region," he said.

People can also think about their individual levels of comfort, particularly if they are elderly or immunocompromised, which can lessen the effectiveness of the vaccines and heighten the risk of COVID-19, he added.

If the data changes, the CDC will update its guidance, Fauci said.

"We know from good studies that the Delta variant is protected against by the vaccines that fundamentally are being used here. And that's the reason why the CDC feels at this point they should not change their recommendation," he said.

"But right now the recommendation remains the same. These are very, very effective vaccines. So if ever there was a clarion call of why one should get vaccinated, it's the threat of the Delta variant, because if you are unvaccinated, you clearly are at risk from a problematic virus that's spreading more rapidly," he added.

The vaccination rate nationwide has fallen by 20% in the last week. Currently, about 66% of all adults in the U.S. over 18 have received one shot and that rises to 88% for seniors over 65.

The states with the lowest vaccination rates are Mississippi, Louisiana, Wyoming and Alabama, where 50% or less of adults have gotten one shot of the vaccine, about 15% less than the nation as a whole.

That said, Walensky was still supportive of a celebratory Independence Day weekend, which she said was well-deserved after 16 months of fear and pain.

"I think we have a lot to be grateful for come July Fourth," she said.

"Vaccinated people can take off their masks and celebrate July 4th and feel safe in doing so, see each other and smile again. And then we will have to continue the hard work we're doing to get people vaccinated," she said.

Where exactly is the Delta variant spreading in the US?

Unfortunately, it's everywhere. The Delta variant has been found in all 50 states, as of Wednesday. Some places have more cases than others -- and it's very clear why: Low vaccination rates.

As of June 19, the highly transmissible variant accounts for 26.1% of new cases, up from approximately 3% of new cases just over a month ago.

But in regions of the country making up most of the West and Midwest, the proportion of Delta variant cases is estimated to be twice that, at above 50% of cases, according to a CDC estimate. Those regions include Iowa, Kansas, Missouri, Nebraska, Colorado, Montana, North Dakota, South Dakota, Utah and Wyoming.

All of these states have less than 50% of their total population fully vaccinated, with the exception Colorado, which recently surpassed the halfway mark.

Dr. Ashish Jha, dean of Brown University's School of Public Health, told the New York Times that he would be more careful if he were in some of those states that had low vaccination rates, despite being fully vaccinated.

"I would not be excited about going indoors without wearing a mask -- even though I'm vaccinated," he told the Times.

Jha, like many in public health, has used the impending threat of the Delta variant to push the fastest solution: vaccines for everyone who is eligible.

"Vaccines are a way out and I continue to be concerned at how many people are holding off on getting vaccinated when it is so much safer to be vaccinated now than not," he said on CNN.