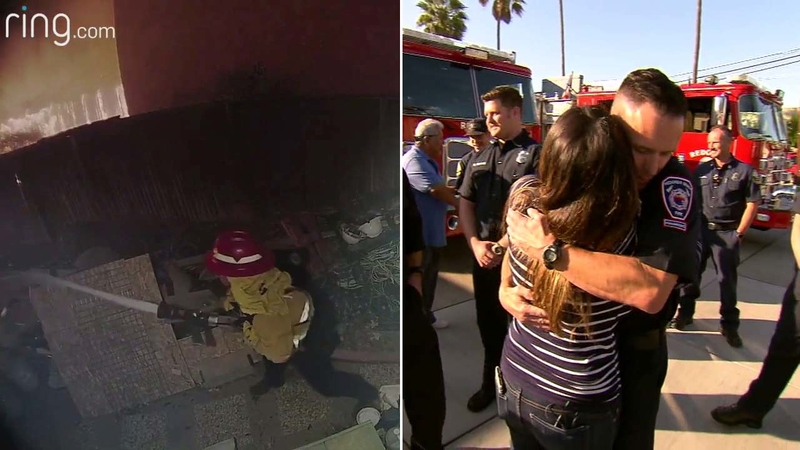 OAK PARK, Calif. -- An Oak Park homeowner watched helplessly through her security camera as flames from the Woolsey Fire began to envelop her house - until a heroic firefighter jumped into action.

Courtney McClain kept an eye on her home by watching footage from her Ring camera through her phone.

"The fire came so quickly. One minute it was calm and then suddenly they were on top of us," Rebecca Hackett said. "I thought I was going to die."

As flames surrounded her house, she spotted a firefighter, braving his way through the inferno to prevent her house from burning to the ground.

In the footage, you can hear McClain shouting "Thank you! Thank you!" through the camera's speaker.

McClain wanted to thank the firefighter in person, so she shared the video on Facebook to track him down. Finally, she got to meet Jason May, captain of the Redondo Beach Fire Department.

Video shows a daring chopper rescue of three people and two dogs in the middle of the Woolsey Fire.

"It's really nice to meet the people we save and protect, and just being able to make a difference out there," May said at the emotional meeting.