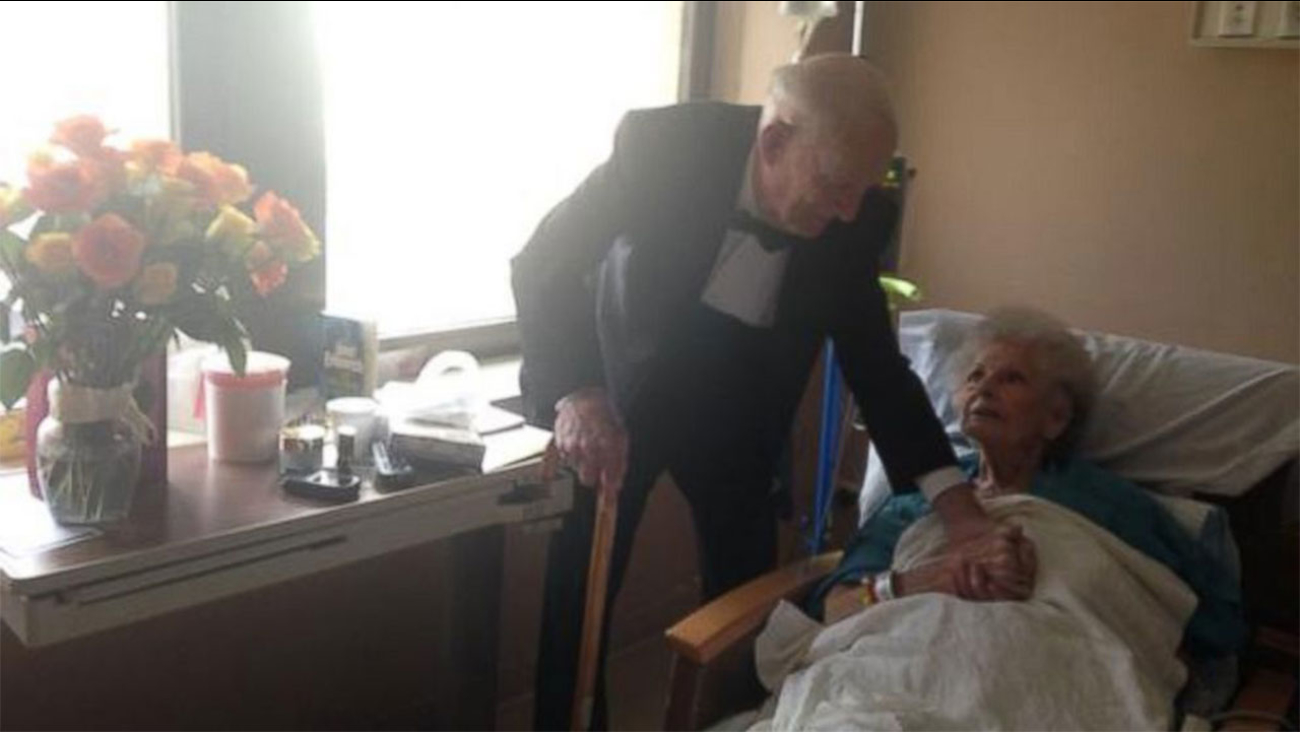 James "Jim" Russell wanted to celebrate his 57th wedding anniversary with his wife, Elinor, but she has been in the hospital for a month.

So Jim brought the anniversary to her.

my grandma is in the hospital, but it's their 57th anniversary, so he showed up in a tux to surprise her w flowers😭❤️ pic.twitter.com/wIS8rvcyDw

Jim showed up at the hospital wearing a tuxedo, bearing flowers and chocolates for his blushing bride. One of the couple's grandchildren posted a picture of the sweet date to Twitter, where it got shared tens of thousands of times.

"I've known her since she was in pigtails," Jim, a World War II veteran, told ABC News.

They both grew up in Georgia in nearby towns. Jim went to military college and then served as a combat bomber pilot, flying 30 missions over Germany in a B-24 Liberator. After the war he went to Georgia Tech and the couple became friends. In May 1958, they eloped.

One of their favorite things to do together is ballroom dancing, which is where the tux came from, they explained.

"My kids decided it would be great to do something special for my bride, so I went along with it," Jim said.

The family did Elinor's makeup to get her ready for her big night, they told ABC News. The two ate dinner, watched their favorite shows (Jeopardy and Wheel of Fortune) and enjoyed each other's company by just talking.

"Being in a hospital bed, you get bored," Elinor said. "When they came in, it made me smile like the younger days when we were dancing."

Strangers and friends alike responded to say they were touched by the grandparents' love story.

@reidrussell_ My heart just melted! Your grandfather is a beautiful person. That's true love. Happy anniversary to them!

@reidrussell_ they way she looks at him is so beautiful 💕

@reidrussell_ THIS IS THE CUTEST THING EVER. You're so blessed to have Grandparents like this! #truelove