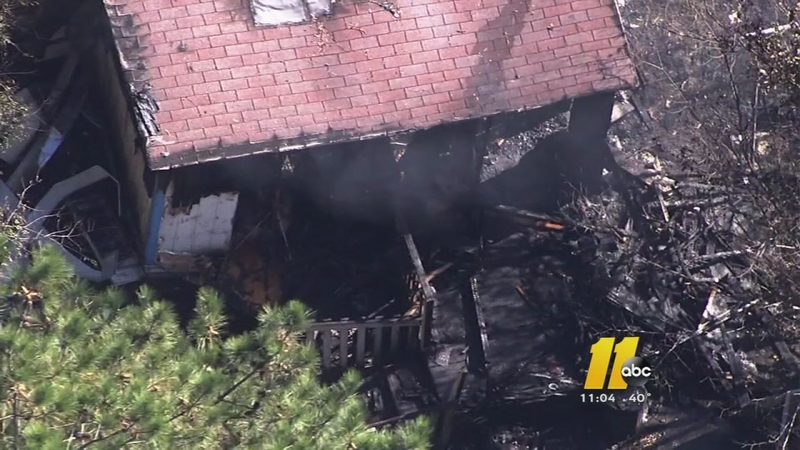 ZEBULON, NC (WTVD) -- A mother and son were burned in a fire in the 100 block of N. Wakefield Street in Zebulon Monday morning.

Investigators said a person was refueling a kerosene heater when the fire started.

The flames spread from the kitchen area to other rooms causing significant damage to the home.

Raymond Richardson told ABC11 he lives at the house and was outside at the time. He said his girlfriend Barbara Blount and her son James were in the kitchen. James was refueling the kerosene heater and the liquid overflowed and ran underneath the heater. Richardson said the kerosene caught fire when James went to light the heater.

James suffered burns to his face, arms, and hands. Both of Barbara's arms were burned.

EMS took them to WakeMed and then to the UNC Burn Center in Chapel Hill. As of Monday evening, Barbara was listed in good condition, James was in serious condition.