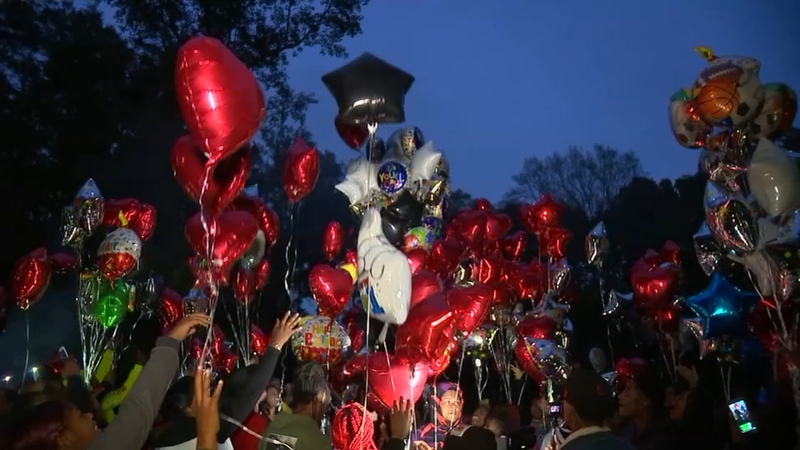 RALEIGH, N.C. (WTVD) -- On what would have been Z'Yon Person's 10th birthday, family and friends gathered in Raleigh to remember him.

"This is a day of celebration for Z'Yon, even if he isn't here physically, he's here spiritually," said Sandra Person, Z'Yon's grandmother.

Z'Yon was killed and an eight-year-old was hurt in the shooting near Duke Street and Leon Street the night of Sunday, August 18. Person was one of five children in a car on the way to Pelican's SnoBalls to get snow cones, his family told ABC11. He passed away a day later.

"It's sad. Behind some nonsense, something that's so ridiculous. Stupidity," said Person.

Saturday also marked two months since his death, which sparked outrage throughout the Triangle.

Antonio Davenport, 24, was charged Tuesday morning at the Durham County Jail in Z'Yon's murder. Davenport was being held in the jail on charges from a prior domestic violence offense.

"You have no right and no reason for driving around shooting a gun at anyone. That's a child," Person said.

Z'Yon's family was appreciative of the large turnout Saturday.

"Z'Yon was well-loved and he touched many hearts, and many people. A nine-year-old... didn't even make it to the age of 10," Person said. '