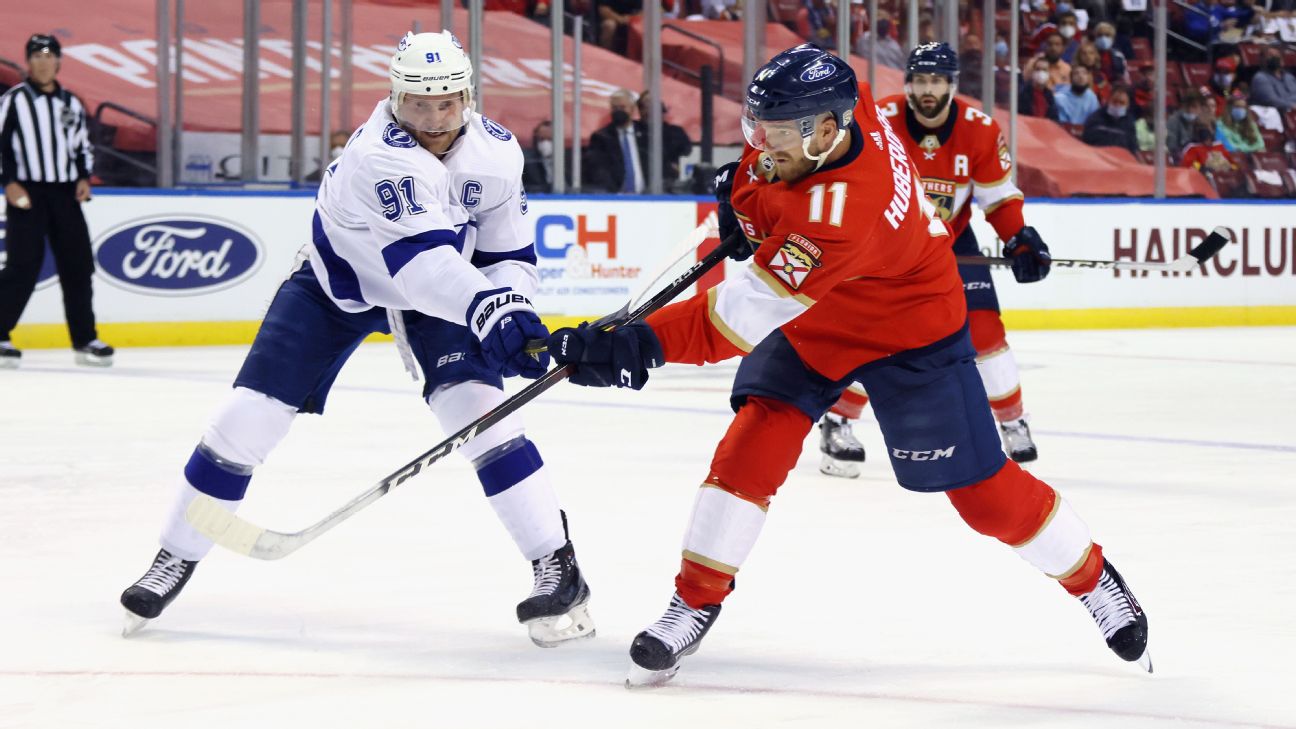 The incredible hockey continued on Day 3 of the 2021 Stanley Cup playoffs, including the fourth overtime game of the postseason and the Cup favorite Colorado Avalanche showing how dominant they are.

Tuesday brings the sequel to perhaps the best game of the playoffs so far, between the Florida Panthers and Tampa Bay Lightning, in the first-ever Battle of Florida in the postseason.

Evgeni Malkin, who missed Game 1, skated on Monday but didn't take line rushes or have power-play time in practice. "It's just been part of the process that Geno's been going through. He's obviously trying to get back as soon as he can for us right now," coach Mike Sullivan said. Meanwhile, the Islanders' Kyle Palmierihas equaled his regular-season output for New York with two goals in Game 1. "I know he probably put a little undue pressure [on himself] when he joined us," said Islanders coach Barry Trotz.

The Panthers played well enough at 5-on-5 to beat the Lightning in Game 1. The penalty kill was another story; the Lightning went 3-for-4 on the power play. Florida will try to regroup after Brayden Point won Game 1 with 1:14 remaining. "I know it sucks, but it happened. Now we've got to concentrate on next game. We had some good momentum in the game, but have got to learn how to defend a little better. Other than that, I liked our effort," said Panthers star Aleksander Barkov.

The Golden Knights got the better of the shot attempts and scoring chances in Game 1, but the Wild skated away with the 1-0 overtime win. "We've got to bear down on our chances. I think we had quite a few looks. Our power play had some chances to score. I think we're kind of getting jammed up a bit. These guys are good," said Vegas winger Mark Stone. Does Marc-Andre Fleury get the start in Game 2, or do the Knights go with a goalie rotation and start Robin Lehner?

Brad Marchand's goal 39 seconds into overtime evened Boston's series with Washington. Taylor Hall's goal at 17:11 of the third period sent the game to OT, after Garnet Hathaway's second goal of the playoffs gave the Capitals the lead earlier in the period. "We knew they were going to come back with a little bit more bite tonight offensively and some of the things we shot ourselves in the foot a little bit with execution," said Capitals coach Peter Laviolette. Tuukka Rask made 36 saves, while Craig Anderson stopped 44 of 48 shots in his first postseason start since 2017.Full recap

Alex Nedeljkovic made 22 saves in his Stanley Cup playoff debut, becoming the first rookie goalie to earn a postseason win for the Hurricanes since Cam Ward in 2006 -- who would go on to win more than a few of them. The Predators hung tough, rallying in the second period on anErik Haula goal to tie the score 2-2 entering the third period. But Nino Niederreiter put the Canes ahead for good at 2:26 of the third. Full recap

The Avalanche showed how dominant they can be in scoring three third-period goals -- including two by Nathan MacKinnon -- to take Game 1 against the Blues. St. Louis hung tough for two periods, thanks to strong goaltending from Jordan Binnington. But Colorado had a 24-5 shot attempt advantage over the Blues in the third period, and controlled the game with 49 shots on Binnington. Gabriel Landeskog had a Gordie Howe Hat Trick in the win: a goal, an assist and a fight against Brayden Schenn. "I had a feeling Schenn was going to run around a little bit in the first period," Landeskog said. "I thought that was going to calm it down a little bit and get the crowd into it." Full recap

Brad Marchand did Brad Marchand things for the majority of Game 2 against the Capitals -- a shot below the belt here, a slash there -- but he came through when it counted with an overtime goal. "Maybe that would have been a game in the past he would've let it get to him and he wouldn't have been an effective player, but he found his game and certainly a big part of the win with the overtime winner," said coach Bruce Cassidy.

The Avalanche star scored two goals, including an emphatic empty-netter. MacKinnon had six shots on goal for the game and 10 shot attempts in total. Your turn, Connor.

Staal scored two goals in the Carolina win. "It's just what he does, plays hard every night, every shift. Whatever the situation, you can count on him. That's why he's our leader," said coach Rod Brind'Amour.

Provocation of the day

-- Taylor Hall on his game-tying tally in the third period for the Bruins.

Sight of the day

The Carolina Hurricanes had an announced crowd of 12,000 fans at Game 1 against the Predators. We're not there yet, but we're slowly coming back. And this sight and these sounds were sorely, sorely missed in the past year. Stay safe, everyone. 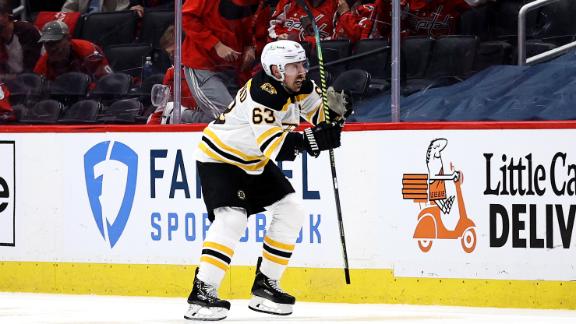 Marchand nets winner for Bruins just 39 seconds into OT
Brad Marchand wins it in overtime for the Bruins to tie the series with the Capitals. 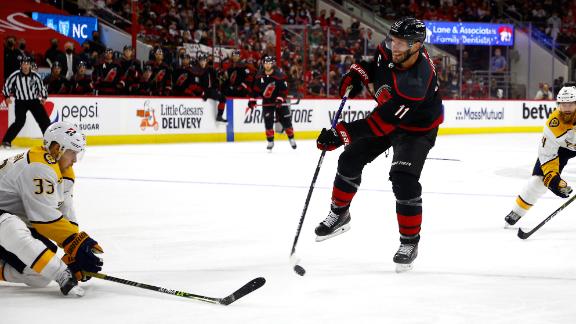 Staal nets 2 goals as Hurricanes take 1-0 series lead
Jordan Staal scores once in the second period to give the Hurricanes the lead, then again in the third as the Hurricanes go on to win 5-2 over the Predators in Game 1. 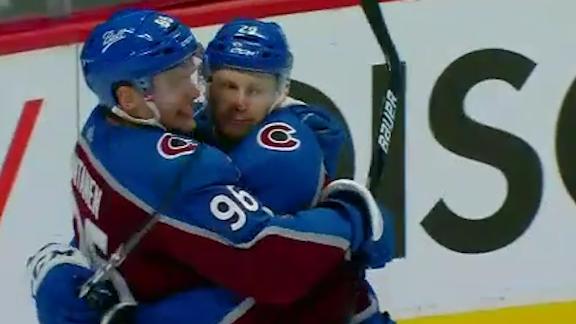