"It's a dark, crazy season." The witches are back and more powerful than ever in season 2 of Freeform's "Motherland: Fort Salem."
OTRC 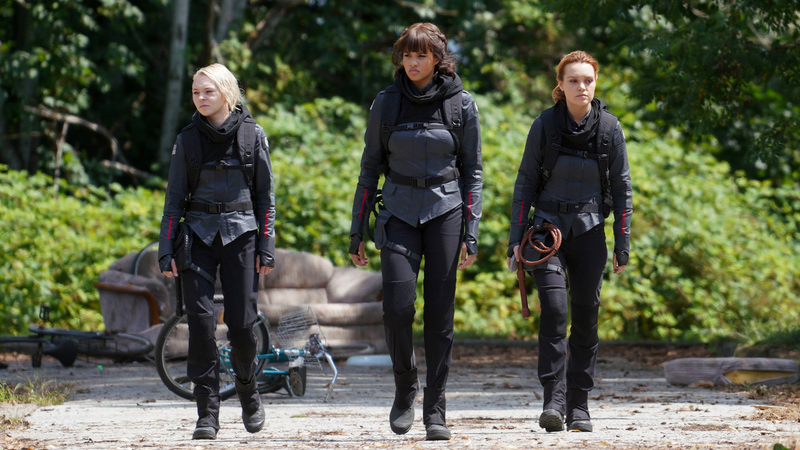 Freeform's "Motherland: Fort Salem" introduced audiences to witches Abigail (Ashley Nicole Williams), Raelle (Taylor Hickson) and Tally (Jessica Sutton) as they learned to harness their powers to fight with the United States Army against a terrorist witch group, the Spree. The new recruits navigated love, loss, betrayal and, of course, magic, but everything changed in the explosive season 1 finale.

Season 2 picks up with Abigail and Raelle navigating the mysterious "witchbomb" and their newfound powers. Meanwhile, Tally is grappling with seemingly losing her unit and her newfound responsibility as one of General Alder's (Lyne Renée) "Biddies," having sacrificed her lifespan to extend Alder's.

"[There are] multiple narratives happening all at once that will coalesce somewhere at the end of season 2," Sutton said. "It's going to be epic."

This season, the witches are up against their ancient enemy, the formidable Camarilla.

"There's a lot at stake. She's of course been training all these cadets to fight the Spree, but now the Spree and the army have a mutual enemy within the Camarilla," Demetria McKinney, who plays drill sergeant Anacostia, said.

"It's a dark, crazy season," Williams teased. "We're all on our own journeys. We had this sisterhood in season 1, but now we're trying to figure ourselves out."

After escaping the interrogation quarters with Anacostia's help, Scylla (Amalia Holm) is back at the Spree's base with her leader, who was shockingly revealed to be mother of her ex-lover, Raelle. So what does this all mean for fan favorite couple, Raelle and Scylla?

"What I can tease is that Scylla would never give up on Raelle," Holm said. "Scylla has to come to terms with how Raelle felt about what Scylla did. When she hid the truth and herself and her real identity, that was a betrayal."

"She's angry for putting that much trust into somebody," Hickson said of Raelle. "Her intuition tells her that there must be good, she couldn't have fallen for someone that is just so backwards."

"There's a longing, that's what I can give away, a very strong longing," Holm added.