Carolina at a Crossroads: A look back at UNC's rough path toward racial equity on campus 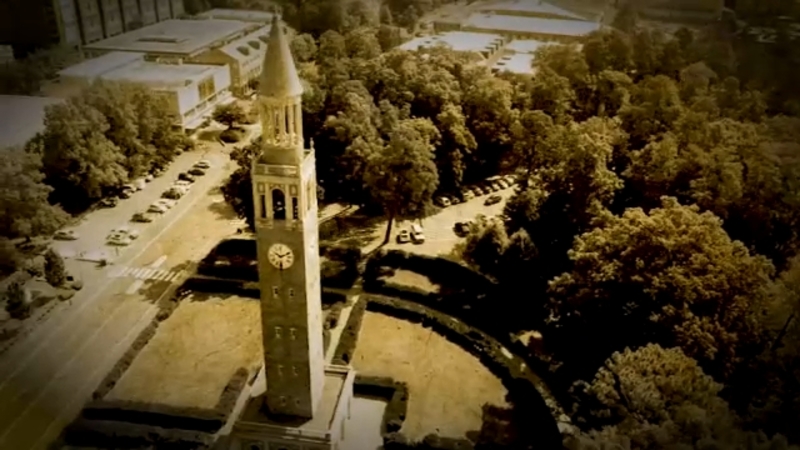 CHAPEL HILL, N.C. (WTVD) -- The tale of Tar Heel blue can also be told in Black and white. Race and racism is a centuries-old story at UNC-Chapel Hill, with layers that peel back revealing a past that continue to haunt university's present.

It is the nation's oldest public university. UNC is a book with so many chapters, often complex and dark. The weeks-long saga over tenure for Nikole Hannah-Jones added a new crack to Carolina's reputation as inclusive place for Black students and faculty.

"Nikole Hannah-Jones is just another dark chapter in the university's long history," said civil rights attorney and activist Geeta Kapur, who spent seven years on campus in Chapel Hill. "It follows the trajectory in an identical pattern."

She was a Carolina undergraduate before earning her law degree there.

Kapur spent the past decade researching and writing her first book, set to be released next month: "To Drink from the Well: The Struggle for Racial Equality at the Nation's Oldest Public University." The book was complete long before the Hannah-Jones controversy became a national firestorm. But for Kapur, it fit a disturbingly familiar pattern.

"There's a denial of a right or a privilege, then there's a struggle; there's either a legal struggle or a protest struggle, and then the university is forced into doing something. And they do it begrudgingly," Kapur said.

TONIGHT AT 6 • Diving deeper into racial struggles, past and present, at UNC Chapel Hill • My chat with @GeetaNKapur about her upcoming book, “To Drink From the Well: The Struggle for Racial Equality at the Nation’s Oldest Public University” #abc11 pic.twitter.com/QQpW4n1pio

Her research took her to the federal court ruling in 1951 that finally allowed the first Black students to be admitted to UNC's law school. And 1954, the U.S. Supreme Court decision that forced UNC to admit its first Black undergraduates: three young men all from Durham's Hillside High School.

"I attended the university for seven years and I never learned this information," said Kapur. "So I stood there shocked, stunned and feeling very betrayed."

Betrayal is what Black students say they felt at that explosive meeting in early July when UNC's Board of Trustees voted to grant tenure to Nikole Hannah-Jones, only after a national uproar and a call for a vote from board member and student body president Lamar Richards.

"It's our community versus an entire institution," said Taliajah Vann, president of the UNC Black Student Movement. She was one of the students expressing her outrage to the board that day and was pushed out by UNC Police.

The rising junior from Durham, who celebrated her admission as a Tar Heel, is now having a reckoning of her own after two years in Chapel Hill.

"Touring the university, I initially thought it was a very welcoming space and I was meeting a lot of Black people as well and having a great connection with the Black community before entering UNC -- not really realizing how disillusioned I would be in this space until I got here," she said.

The space she's in is as old as the nation itself. UNC-Chapel Hill was conceived in 1776 as the colonies declared independence from Great Britain. Many of the original buildings on campus, including the Old East Residence Hall, the site of Vann's interview, was built by enslaved Black men.

Old East, the first public university building in the country, was forged by a small army of the enslaved. Their names, at least the known Western versions, are documented in a list in Kapur's book.

"Every one of those bricks was made on university property by enslaved men. They tended to the fire. They formed the bricks," Kapur said. "So, the foundation of the university, literally brick by brick, is on the back of enslaved African people."

"I think it's really easy for the university to say that this is a diverse space that values Black voices and values Black community members. But when you look at the history, that has never been the case," Vann said.