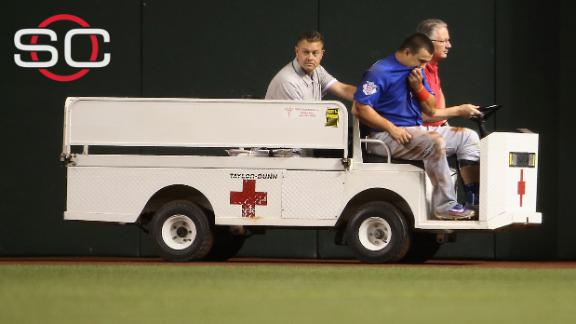 Fowler made contact with Schwarber's legs as the two chased a line drive from Jean Segura of the Arizona Diamondbacks in left-center during the second inning of the Cubs' 14-6 win.

The Cubs said initial X-rays were negative. Schwarber is scheduled to have an MRI on Friday. He also tweaked his left knee on the play.

"I'm not going to be down in spirits," Schwarber said after the game. "We'll just wait until tomorrow and see what happens."

Schwarber spoke to reporters while holding crutches and said both the ankle and knee felt "tight" and "sore," but he was hopeful that the MRI wouldn't show further damage.

After colliding with Fowler, Schwarber rolled around on the warning track before athletic trainers attended to him. The second-year player remained down for several minutes before getting to his feet with the assistance of the trainers and limping to a cart, which took him off the field.

"Good thing Dexter is fine," Schwarber said. "He got a little banged up, but nothing serious. So lucky he was all right. I'm a big body to be running into him.

"The ball was literally in no-man's-land. It was in between us. We both thought that person wasn't going to get the ball. You only call it if you think you can get it. We both went at it. I was pretty close."

Segura raced around the basepaths and scored an inside-the-park home run on the play. It was his second home run of the game, and it gave Arizona a 4-2 lead.

"It had bad things written all over it," Cubs manager Joe Maddon said. "The guy hits the ball in the one spot that we can't cover. ... I'd just rather see the ball go over the fence right there. We'd have been fine."

Schwarber is one of the heralded young stars for the World Series-favorite Cubs. The fourth overall pick in the 2014 draft hit .246 with 16 home runs and 43 RBIs in 69 games last year. He is the team's backup catcher and was scheduled to get his first start behind the plate Friday.

Kris Bryant moved from third base to left field in place of Schwarber, and Tommy La Stella took over at third.

Schwarber collides with Fowler, carted off
Kyle Schwarber and Dexter Fowler collide while trying to catch Jean Segura's liner, which leads to an inside-the-park home run for Segura. Schwarber suffered a left ankle sprain in the collision and was carted off. 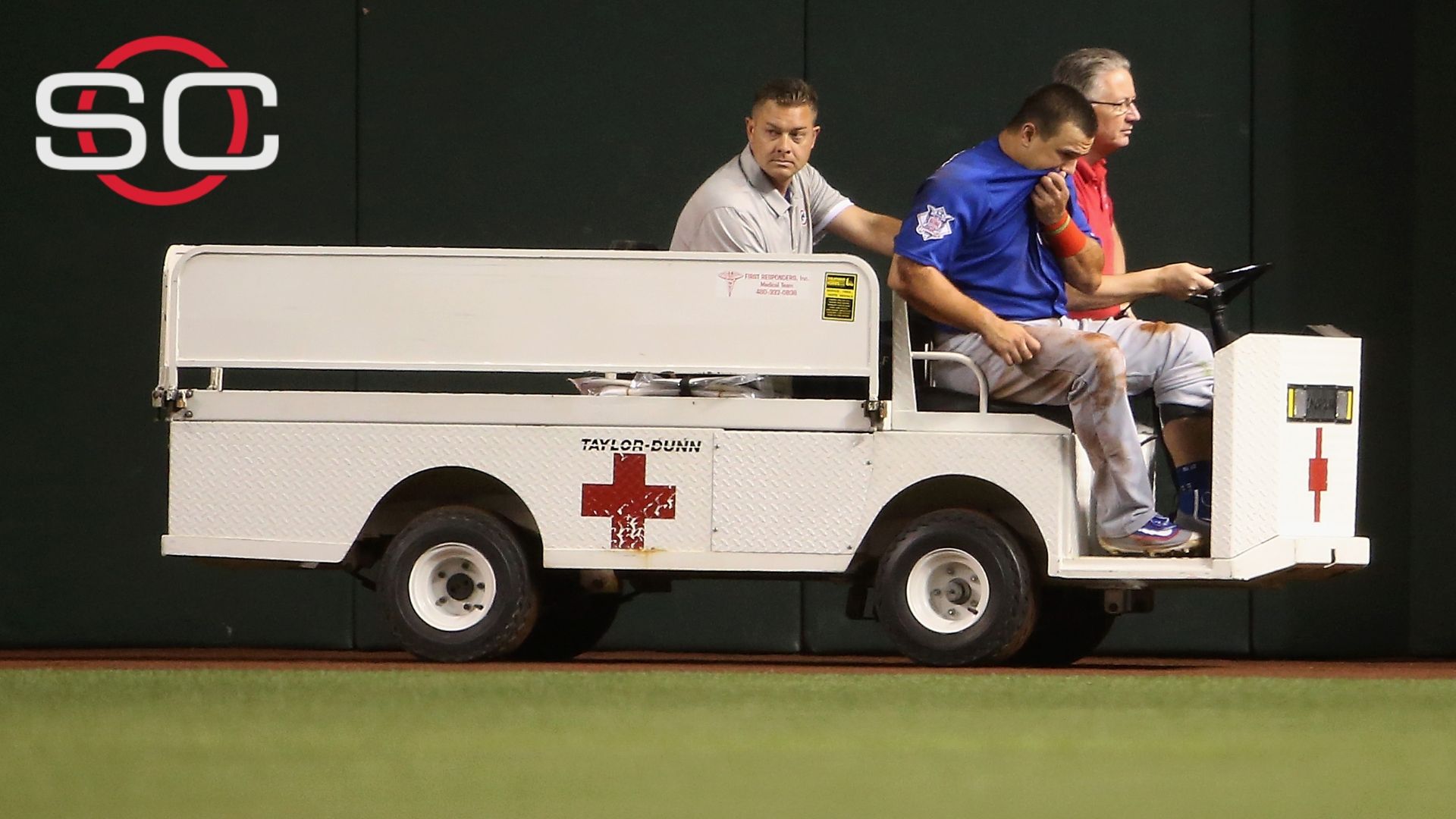 Schwarber being evaluated for sprained ankle after being carted off
ESPN Cubs reporter Jesse Rogers reports on the latest of Kyle Schwarber condition, who was carted off the field after colliding with teammate Dexter Fowler in the second inning of Thursday's game against the Diamondbacks.
Related topics:
sportsespncollisionmlbkyle schwarbermriarizona diamondbackschicago cubsdexter fowler
Copyright © 2021 ESPN Internet Ventures. All rights reserved.
More Videos
From CNN Newsource affiliates
TOP STORIES