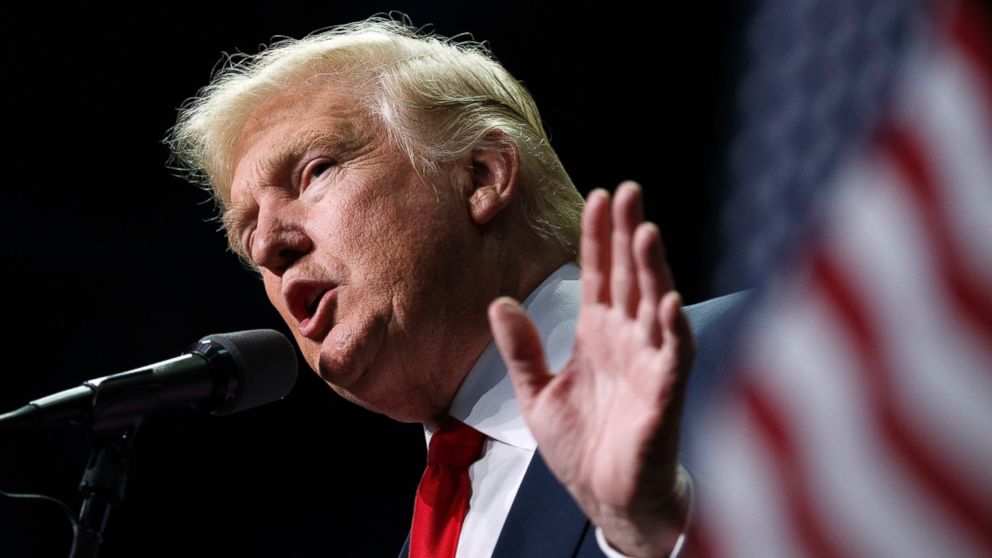 President-elect Donald Trump suggested today in a tweet that burning the American flag should result in "loss of citizenship or year in jail."

Flag burning is legal in the U.S., protected by the First Amendment.

The Supreme Court in 1989 ruled that burning the flag as a form of symbolic speech is a constitutional right. That 5-4 decision came in a case involving Gregory Joey Johnson who, outside the 1984 Republican National Convention in Dallas, burned the flag to protest the policies of then-President Ronald Reagan. Among the five justices in the majority was the late Antonin Scalia, a conservative icon.

After Trump's tweet, the spokesman for his transition team, Jason Miller, was asked about the issue on CNN.

"Flag burning should be illegal," Miller said. "The president-elect is a very strong supporter of the First Amendment, but there's a big difference between that and burning the American flag."

It wasn't clear what prompted Trump's tweet on the issue. But it came after a group of veterans and others protested this weekend at Hampshire College in western Massachusetts against a decision by the school to temporarily stop flying the U.S. flag after students allegedly burned one in protest of Trump's election.

Flag burning was at times used as a form of protest against Trump during his presidential campaign, including by Johnson, who was among 17 demonstrators arrested in Cleveland this July during the Republican National Convention.

Johnson spoke to ABC News last month, before the election, on the broader topics of protest and Trump after Supreme Court Justice Ruth Bader Ginsburg criticized San Francisco 49ers quarterback Colin Kaepernick for kneeling during pregame performances of the national anthem in what he said is a protest against the treatment of black people in the United States. She later expressed regret for criticizing his protest.

"Today in the U.S. it's the same flag, and the nationalistic chauvinism is even worse," Johnson said.

Since the 1989 Supreme Court ruling, Congress has made attempts to ban flag burning.

The proposed Flag Protection Act of 2005, whose Senate co-sponsors included Hillary Clinton, then a Democratic senator from New York, would have made it a crime to damage or destroy the flag and would have carried a punishment of up to a $100,000 fine, a year in jail or both. The bill never came up for a Senate vote.

Around the same time, a House bill proposed amending the U.S. Constitution to authorize Congress to prohibit desecration of the flag. The 2005 bill passed the House by 286 to 130, with 18 not voting.

But the Senate in 2006 narrowly rejected a similar resolution, with the 66 to 34 vote in favor falling just one vote shy of the two-thirds majority needed. If it had been approved by Congress, the so-called flag desecration amendment would then have had to be ratified by at least three-quarters, 38, of the states.

The American Civil Liberties Union holds that flag-burning is political speech protected by the Constitution, and a senior ACLU attorney today slammed Trump's suggestion of revoking the citizenship of a flag-burner as "fundamentally un-American."