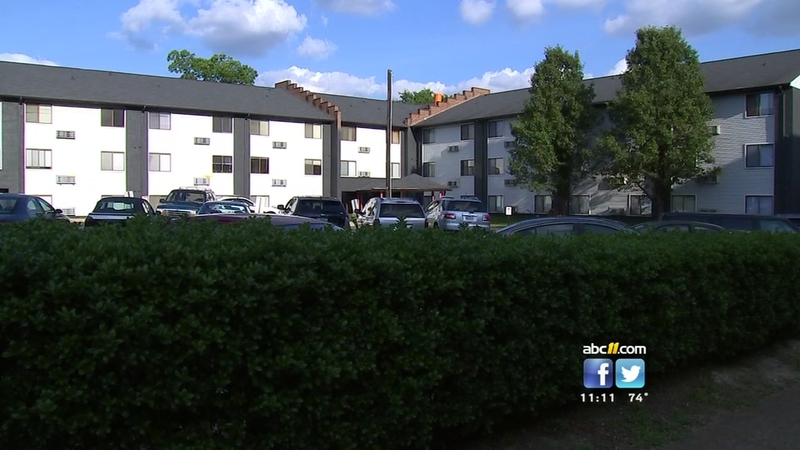 RALEIGH (WTVD) -- Dozens of low-income senior citizens living near downtown Raleigh are scrambling to find a new place to live. They're caught in the middle of Wake County's ongoing affordable housing crisis.

The corner of East and Hargett Streets is changing rapidly these days. Just in the last couple of years, million dollar townhomes have sprouted up along with luxury apartments. But up until now, the Wintershaven Apartments have been low-income housing for seniors. Not anymore. Now they've got to go

“I might have to go to a homeless shelter. You don’t have a choice when you don’t have nowhere to go.” —
Wake County’s affordable housing crisis has residents scrambling at this downtown Raleigh apt complex for low-income seniors. #abc11 pic.twitter.com/HPajrncfLL

Some residents here are as old as 100; many have lived here for decades.

It was last fall, when letters came from the property manager. The building's new owner, Texas-based Artesia Real Estate announced it will no longer accept the federal vouchers that these impoverished residents count on to pay their rents.

"I guess we just gonna be thrown out on the street," said Shelton Amerson. "Because without them vouchers, there isn't nothing we can do because I can't afford to stay here no more."

On Facebook Live tonight -- a peek inside Wednesday's closed door meeting between residents and a rep from the property manager, Trademark.

"The (voucher) applications have been submitted," the property manager told residents in the video.

But when asked whether the Department of Housing and Urban Development had funded the requests, the property manager replied, "I don't know. I don't work for HUD."

Community advocate Diana Powell has been assisting the residents.

"Trademark has made an agreement that they will help these residents transition into another place with the HUD vouchers," Powell said. "But, there's nothing in stone on that."

With only weeks until the deadline -- our calls to Artesia Real Estate weren't returned. And private security kept us off the property at Wintershaven.

Residents like Marcia Walker are left with few good answers and weeks to find a new and affordable home.

"I might have to go to a (homeless) shelter, she said. "You don't have a choice when you don't have nowhere to go."
Report a correction or typo
Related topics:
real estateraleighpovertyreal estate
Copyright © 2021 WTVD-TV. All Rights Reserved.
More Videos
From CNN Newsource affiliates
TOP STORIES