WTVD
By Andrea Blanford
WAKE FOREST, N.C. (WTVD) -- A Wake County bride getting married on Saturday is demanding a refund on her wedding gown, claiming she didn't get what she paid for.

The storefront is closed as its owner, Elsie Phillips, works to fill orders at her home.

A Wake County bride wants a full refund for the alterations on a vintage wedding gown she says a Wake Forest bridal shop didn’t finish on time. Why the store’s owner and seamstress says she won’t be getting her money back. @ABC11_WTVD at 5:30. #ABC11 pic.twitter.com/HFoCNxDIhA

Phillips told ABC11 that her customers have known since her business partner left in April that she was planning to close.

Taking on the business by herself was just one of many hardships Phillips said have developed during the last six months.

Hannah Alkadi, who is getting married Saturday, posted to a public Facebook page with the help of a friend this week, blasting Details Bridal Gallery and Phillips.

Posting closeup pictures of details on the dress, Alkadi claimed it was unfinished with lace hot-glued on, sequins where she never wanted any, and Phillips giving her Velcro tape to make adjustment herself. 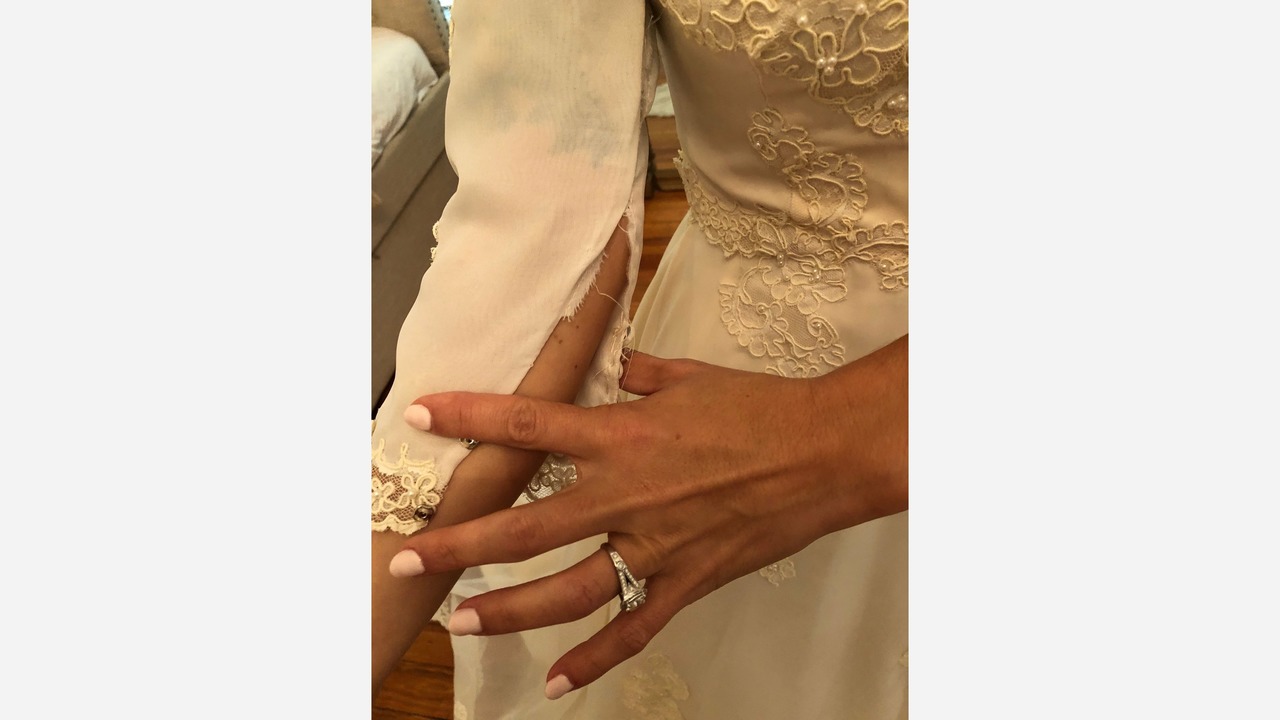 Alkadi said after buying the vintage gown from Phillips in January for $175, she paid another $1,050 for the alterations. Yet, during the last several months, whenever she would check on Phillips's progress, little to none had been made.

Alkadi said Philipps was hard to get in touch with and would cancel appointments at the last minute.

Phillips said it was personal, family matters on top of Alkadi's indecisiveness and body changes that further delayed the dress.

Customers have been leaving negative reviews on Google and the Better Business Bureau, but Phillips said it was Alkadi's public post that's caused a run on her business.

"It's making it very difficult because now everybody's frightened and scared and says they're all wanting to come get their dresses," she said.

Alkadi said her family has asked for a full refund on her dress, and the mother-of-the-bride dress they paid for but never received. If they don't get the money by October 8, Alkadi said they plan to move forward with a lawsuit.

Phillips, who said she doesn't have the money to refund her customers, said she's already met with her attorney.

"She will not be getting a refund," Phillips said. "And she can take me to court and she can sue me in small claims, but she will get a simple judgment against me."
Report a correction or typo
Related topics:
businesswake forestwedding dressbusinesssmall businessbetter business bureauwake county news
Copyright © 2020 WTVD-TV. All Rights Reserved.
More Videos
From CNN Newsource affiliates
TOP STORIES