5 former priests charged with sexual misconduct: 'Just the tip of the iceberg' 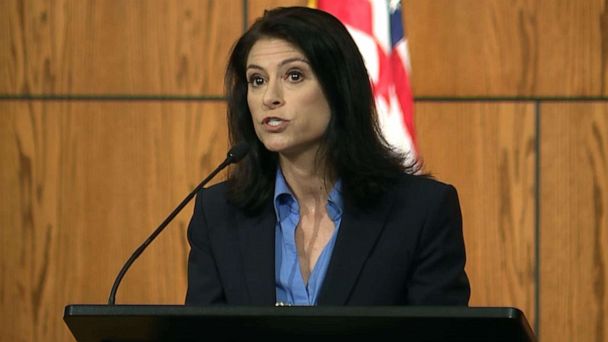 Calls to a tip line led to the arrests of five former Michigan priests over allegations of sexual misconduct.

Michigan's attorney general announced the arrests Friday and detailed the charges against the men, who previously worked at different dioceses in the state.

Michigan is one of at least 15 states or territories that have an active inquiry into sex abuse by Catholic clergy.

Four of the five men named by Michigan Attorney General Dana Nessel at a Friday news conference have been arrested.

The fifth is now living in India and Nessel said authorities hope to extradite him to the U.S.

Nessel said there were "many other cases" she wanted to prosecute but didn't because they had reached the statute of limitations, the former priests were deceased or the victims did not want to come forward.

"These were cases that were chargeable cases for us," Nessel said.

"This is only the tip of the iceberg," Nessel said.

"We estimate we are only 5 or 10% at most through the information that we currently possess," Nessel said, adding that she has received more than 450 tips through the department's tip line.

"We anticipate many more charges and arrests as we continue to move forward with our work," she added.

The five cases involved four boys and one girl, who ranged in age from 5 years old to 26 at the time of the alleged abuse.

Patrick Casey, 55, who faces one felony count of criminal sexual conduct and was arrested in Michigan on Thursday, is accused of "performing oral sex on the victim during confession," according to Nessel.

His alleged victim, 24, was in the process of converting to Christianity when he first reached out to Casey in 2012. "John Doe proceeded to tell Casey that he wanted to kill himself and that a voice was telling him that it would be better if he was dead," according to the criminal complaint.

"As John Doe spoke about his struggles with suicide and his concern about dying in mortal sin, Casey, who was dressed in black clerical garb, steered the conversation towards sex, telling him that he could not have a gay relationship and go to heaven," the complaint said. Casey then shared with John Doe that he too was gay and "shared a suicidal story of his own," the complaint said.

The sexual activity began "during this confession" and "the two engaged in various other sexual acts after Casey initiated groping and performed oral sex on John Doe," the complaint said.

The complaint details other forced touching and oral penetration, as well as the threat that Crowley allegedly made, telling John Doe that if he notified his parents or a nun about the abuse, Crowley would kill him.

Vincent DeLorenzo, 80, faces three felony counts of criminal sexual conduct in the first degree and an additional three counts in the second degree. He was arrested Thursday in Marion County, Florida.

DeLorenzo allegedly had contact with a boy around the age of 5 or 6 beginning in 1995 and continuing until 2000.

Neil Kalina, 63, faces one felony count of criminal sexual contact in the fourth degree and was arrested on Thursday in Littlerock, California.

Kalina allegedly supplied a teen boy between 12 and 14 years old with alcohol and drugs, including marijuana and cocaine, and fondled his genitals in the early 1980s.

Jacob Vellian, who is 84 years old and is currently in India, was not arrested. He faces two counts of rape.

The female victim in this case, Jane Doe, was 15 in 1973 when she was a volunteer in the rectory of the parish where he served as a priest.

He allegedly repeatedly fondled her, touching her breasts while reportedly saying that he was "trying to fill [her] soul with the Holy Spirit," according to the criminal complaint, which also details other explicit instances.

In March, the attorney general of West Virginia filed a civil complaint against the Diocese of Wheeling-Charleston, alleging that the diocese had "engaged in unfair or deceptive acts or practices by failing to disclose to consumers of its educational and recreational services that it employed priests and laity who have sexually abused children, including an admitted abuser who the Diocese nevertheless allowed to work in a Catholic elementary school."