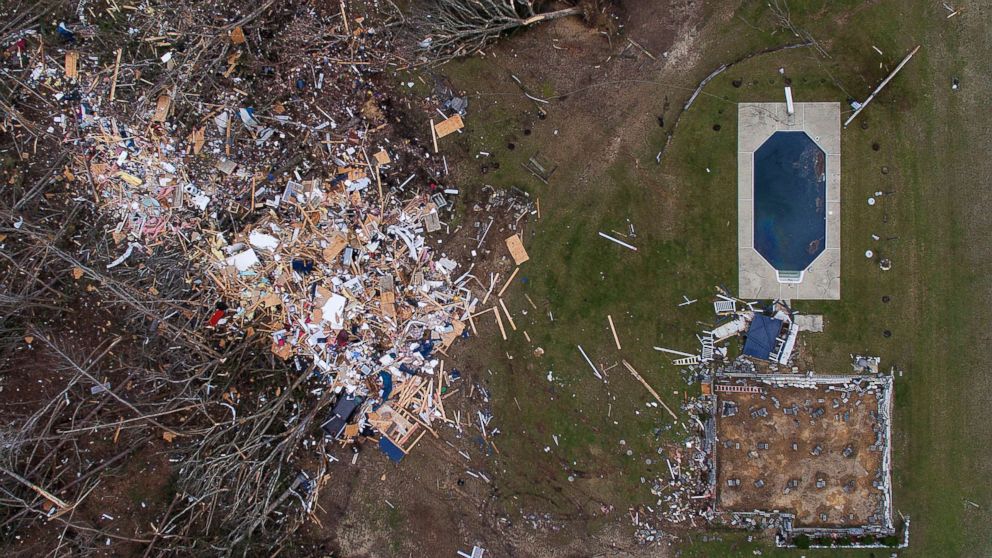 At least 23 people, including three children, died Sunday after a series of tornadoes tore through Beauregard, Alabama.

Democrats on the House Judiciary Committee on Monday formally launched their obstruction of justice probe into the Trump administration, sending more than 80 document requests to individuals and entities.

Press secretary Sarah Sanders said the White House had received a letter and that relevant administration officials "will review it and respond at the appropriate time."

A record number of immigrant families with children crossed into the U.S. last month, according to U.S. Customs and Border Protection.

About 30,000 families, mostly from Central America, were apprehended in February, the highest total since CBP began tracking that data. There were 73,000 total detentions last month, the CBP said, and a sharp spike in apprehensions is expected over the next two months.

ABC News Chief National Correspondent Matt Gutman says the White House's immigration policy is among a combination of factors contributing to the uptick.

"People are rushing to get to the U.S.-Mexico border, to cross in illegally," Gutman tells us, "because they are afraid that they will not be able to cross in the future because the entire thing will be walled off."

Former Colorado Gov. John Hickenlooper announced his candidacy for 2020 on Monday, saying on "Good Morning America" he has the experience required to lead the country.

"I think I'm really the one candidate out there that has a very strong record of bringing people together and getting things done," Hickenlooper said.

'We are relieved to hear that Shawkan is finally free': A well-known Egyptian photojournalist is released after he was arrested in 2013 for doing his job.

'We could have had chefs -- we could have': The president of the United States of America serves more fast food to more college football players.

'He then quietly asked me about "my rash" and if I had a letter from a doctor stating it was "OK for me to fly"': American Airlines apologizes for removing a woman and her child from a flight for having a genetic, non-contagious skin condition.

It might finally be someone else's turn in the Champions League: European soccer's "big three" -- Barcelona, Real Madrid and Bayern Munich -- have combined to win the past six Champions League trophies and seven of the past eight. But this season, these clubs aren't quite as dominant as they used to be, and there's just a 31 percent chance that one of them will win it all this year, according to the FiveThirtyEight Soccer Power Index. The door is wide open for a new champion. So who will walk through?

Luke Perry dies at 52: He was best known for playing teen heartthrob Dylan McKay on "90210" and had a career in Hollywood that spanned nearly three decades.

Brie Larson opens up on her landmark role: The actress discusses the intensive training required to play the first solo female Marvel superhero, how she kept her role a secret and what she believes makes Captain Marvel so powerful.

On this day in history:

March 5, 1984 -- The Supreme Court rules that a town's displaying a nativity scene doesn't violate the separation of church and state.

Danny Allen recovers a family photo while sifting through the debris of a friend's home destroyed by a tornado in Beauregard, Alabama. (photo credit: David Goldman/AP)

For more great photos from around the world CLICK HERE.

The worst storm to hit Malta since 1982 triggered dangerous winds and sea turbulence.

All right, you're off and running. Get the latest news on ABCNews.com and on the ABC News app. Details on how to subscribe to "Start Here" are below. See you tomorrow.