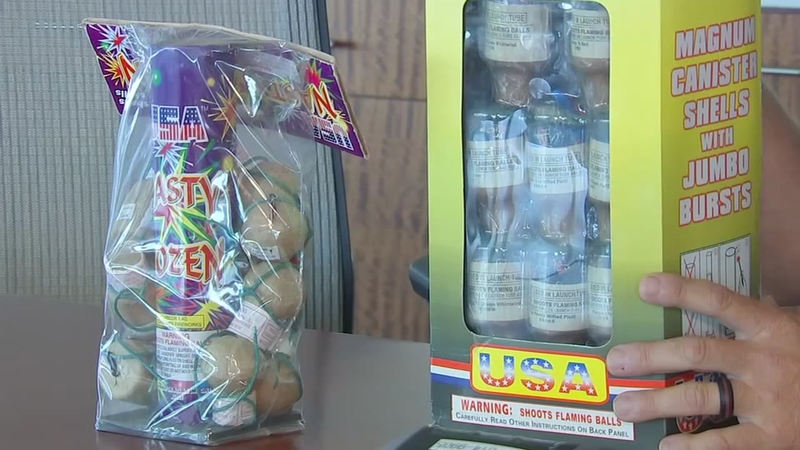 CARY, N.C. (WTVD) -- This time of year brings back sad memories for one Cary family.

Three-year-old Michael Shannon died around the Fourth of July holiday in 1991 when he was hit by a defective firework.

"You think of the celebrations that are had and the fun and the patriotism that you want to celebrate but it's really hard to celebrate when there are such dangers out there," said Stephanie Shannon, Michael's sister.

The family opposes North Carolina Senate Bill 566 and companion House Bill 615, filed in April, which would open the door to allowing more types of fireworks in the state. Currently, it is illegal in the state to light any fireworks that explode or leave the ground.

"I think allowing those types of fireworks in the state of North Carolina is only going to wreak havoc on our state and hurt people for what limited positive fun affect that they have," Shannon said.

"Things like roman candles, bottle rockets, these aerial products that are sitting next to me," said Rob Roegner, with the Office of the State Fire Marshal. "They're actually illegal currently in North Carolina. Under the new bill, that would be legal in North Carolina instead."

"Certainly the potential would go up to have those types of injuries and I would feel certain that we would see more of those injuries here in North Carolina," Roegner said. "These products have inherent dangers that come with them. They're designed to be used together. There's not a great amount of instructions that come with them to clarify how they should be used and there's certainly nothing that comes with these products that tell you what to do if they don't work properly."

"It lances open that wound over and over and over again and that's the part that's really hard but at the same point, if we save one child, one person who doesn't get injured by a firework then I'd let my heart be lanced open again and again," said mother Robin Shannon.

Similar bills have been introduced in North Carolina before.