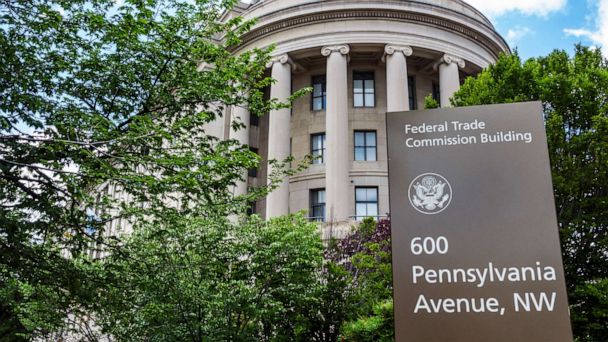 The Federal Trade Commission and Justice Department are seeing a rising number of promotions of allegedly bogus treatments and cures for COVID-19, which they charge are in certain cases pushed directly by doctors and other licensed health care professionals.

The FTC and FDA this month sent a new batch of warning letters to companies and individuals it accused of making "unsubstantiated" claims about products and therapies to treat the coronavirus.


"There are no FDA-approved cures, tests, prevention mechanisms, vaccines," FTC Commissioner Noah Phillips said in an interview with ABC News. "If someone is telling you that's what they're selling you, it's not true."

"People are spending hard-earned money, maybe they don't even have a job and they're spending money," Phillips said.

In certain instances in recent weeks, federal prosecutors have moved to shut down and even prosecute individuals accused of promoting products or therapies.

After a request from the U.S. Attorney's Office for the Northern District of Texas, a federal judge ordered a Dallas-based chiropractor, Dr. Ray Nannis, to halt any further promotion of COVID-19 treatments after he posted videos advertising a 'homeopathic' therapy for customers.


"It can help the body up to 90%," Dr. Nannis said in one video. "It gives the body an immunological and a neurological recognition of the energy of the frequency of a virus in this specific one being the coronavirus."

In a press release announcing the injunction against Nannis, the US Attorney's office accused him of "preying on customers' basic human condition, fear."

Nannis agreed to stop making such claims following the judge's order, and had no further comment on the allegations when asked by ABC News.

In Michigan, prosecutors have charged Dr. Charles Mok with health care fraud after he allegedly sold patients a Vitamin C IV therapy that they say he claimed could protect the body from the coronavirus. A criminal complaint also accused Mok of endangering workers and customers after several employees who had reportedly tested positive with COVID-19 continued to work in the facility.

Mok's attorney declined to comment when reached by ABC News, instead saying, "we believe the appropriate forum is the courtroom." Mok has not yet entered a plea in the case.


A lawyer for Dr. Staley, who has not yet entered a plea in the case, told ABC News he doesn't believe the government has proven any kind of fraud.

"(Dr. Staley) presented pros and cons of this medication, he believes in this medication," attorney Patrick Griffin said. "He had no intent to defraud. He genuinely believed that what he was doing was in the best interests of his patients."

"If people want good health information, they should consult with their doctor or go to a government Web site like CDC.gov or our website like FTC.gov to find out important information," Phillips said.

The DOJ has urged Americans who believe they are a victim of fraud or an attempted COVID-19 scam to alert law enforcement by calling the National Center for Disaster Fraud Hotline at 1-866-720-5721 or by emailing disaster@leo.gov

What to know about the coronavirus: