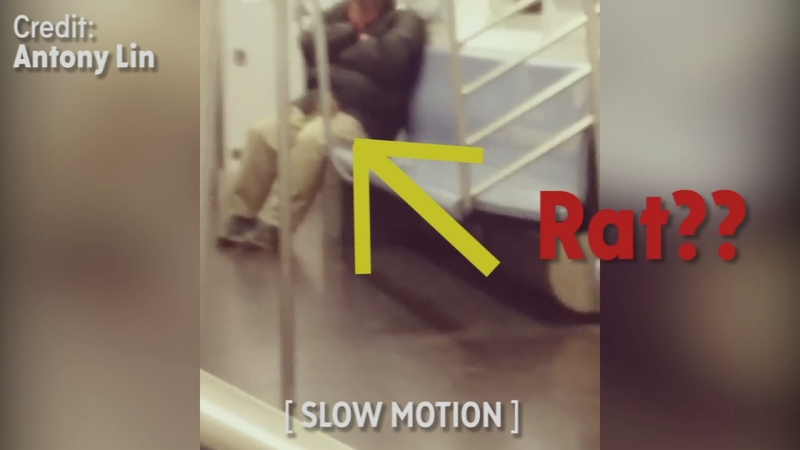 TIMES SQUARE, Manhattan -- A man captured video of what he says was a rat crawling on a sleeping 7 train rider over the weekend.

Antony Lin said he was riding the subway from Hudson Yards to Times Square Sunday at about 3 a.m. and spotted the rat on the train. He said a couple riding in that car saw the rodent and moved to another car - but the man in the video wasn't paying attention.

That's when Lin took out his phone and started recording.

"It's not very often that you see a rat on the train. You see them on the platform or the tracks," Lin said. "I'm getting ready to see where this rat is going and all of a sudden it gets near the person. I was like, 'oh gosh.' I took out my phone because I wanted to document this."

Lin said his video shows the rat crawling up the person, who gets startled and screams.

"There was a high pitch yell and he just ran into the next car," said Lin.

Lin said it appeared the rat got off the train at Times Square.