WTVD
By Joel Brown
RALEIGH (WTVD) -- Raleigh Rolling Stones fans called it a once in a lifetime chance to hear the best rock and roll band of all time.

However, they would have to earn their way into Carter-Finley Stadium. They were getting no "satisfaction" out of the traffic situation.

By the time Mick Jagger hit the stage at Carter-Finley at 9:35 p.m., there were still hundreds of ticket holders who had not made it to the stadium yet.

"It sucks," said one frustrated concertgoer as she sat in the seemingly endless traffic backlog on Edwards Mill Road.

"It took me an hour-and-a-half to get the last 10 miles," said another concertgoer who had traveled to west Raleigh from Virginia.

While some were late, most made it in time for the show. And with 40,000 sold-out seats, fans were in town from far and wide.

"These guys rock! The world's greatest rock band," exclaimed Steven Keenan, who followed the band here from his home in Boston.

Last minute ticket prices on StubHub for floor seats at Carter-Finley were priced at $13,000.

Like they were early in the evening, state troopers were staggered outside the stadium late Wednesday evening as Stones fans headed home. And with so many cars and so many people, there was a big emphasis on pedestrian safety. 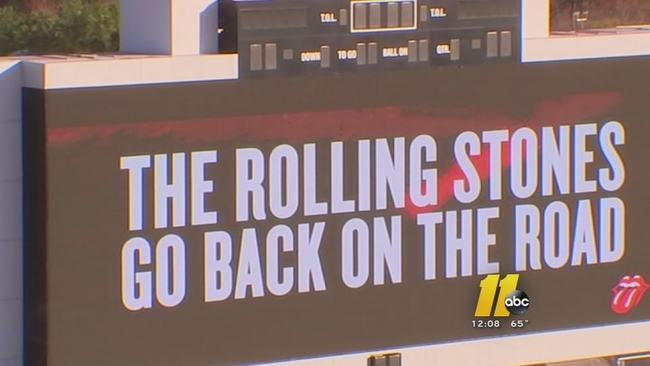